In a setback to Uddhav Thackeray-led-Maharashtra government and its former home minister Anil Deshmukh, the Supreme Court on Thursday dismissed their pleas challenging the Bombay high court order directing a Central Bureau of Investigation probe into allegations of corruption and misconduct levelled against him by former Mumbai police commissioner Param Bir Singh. 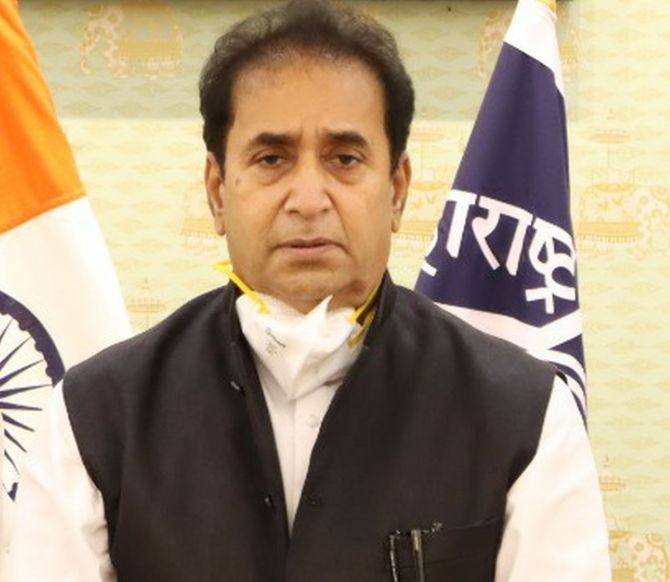 Terming it as a "matter of public confidence", a bench of Justices Sanjay Kishan Kaul and Hemant Gupta said, “De hors the niceties of an elaborate order passed by the high court, we are of the view that the nature of allegations, the personas involved and the seriousness of the allegations do require an independent agency to enquire into the matter.”

The bench, while refusing to interfere with the High Court order of April 5, said “We may also add that what has been directed is only a preliminary enquiry albeit by an independent agency.”

It rejected the submission of senior advocate Abhishek Manu Singhvi, appearing for Maharashtra government, that merely because the Home Minister has resigned after the impugned order would be a factor not to direct enquiry by an independent agency.

The bench said, “the two personas held the post of Home Minister and Commissioner of Police for a long period and the latter would be a post of confidence of the former”.

It also rejected the contention of senior advocate Kapil Sibal, appearing for Deshmukh, that even for directing a preliminary enquiry, he is mandatorily entitled to be heard in his individual capacity even though the State Government was represented and he was a Minister at that time.

“For the aforesaid reasons, we are not inclined to interfere with the impugned order(s).The special leave petitions are dismissed,” the bench said.

At the outset, the bench told Sibal that it is only a preliminary enquiry and nothing is wrong in it when serious allegations are made by a senior officer against a senior minister.

It observed that the high court order directing the CBI probe is “not in violation of federal structure as it was passed in one particular case”.

Sibal contended that oral allegations were made against him without any substance and had no evidentiary value but a CBI probe was ordered without hearing him.

The bench said that two persons involved in the case were the police commissioner and the home minister and they were working together till they fell apart.

Sibal argued that “court has to stay on guard while ordering investigation against a constitutional authority,” and there has to be some material on which allegations are made but in this case, it is only hearsay.

He said “due to these baseless allegations damage has been done to me (Deshmukh). I should not be vilified without hearing me. Had I been heard, maybe the damage caused could not have taken place. Today there are allegations that another minister has taken Rs 50 crore. Same thing will happen to him”.

Justice Gupta told Sibal that a suspect is not mandatorily required to be heard.

Sibal replied that there is no finding against Deshmukh in the high court order then how he can be a suspect.

“I think the Supreme Court should lay down the law that when a senior officer makes allegations against a minister then a CBI probe should be ordered. I am sure this court will never do this”, Sibal said.

Justice Gupta said, “We hope it never comes to that when the DGP of the state makes allegations against the home minister”.

Senior advocate A M Singhvi, appearing for Maharashtra, said that it was aggrieved by the CBI probe as the consent for it was withdrawn by the state earlier.

He said that the state government was not heard by the High Court on the aspect of the CBI probe and alleged that it was in violation of federal structure.

The bench said, “looking at the persona designata and the seriousness of the allegations, no interference of High Court order is warranted”.

After the high court order on April 5, Deshmukh, a veteran politician and Nationalist Congress Party leader from Vidarbha, had resigned from the state government.

In its plea filed in the apex court, the Maharashtra government had questioned the procedure adopted by high court saying the state was heard on question of maintainability of the pleas seeking CBI investigation against Deshmukh on allegation of corruption, and the order too was reserved on that issue, but the court finally ended up directing the probe.

In his appeal, Deshmukh had said that the high court order raises issues of seminal importance which “impact not just the federal structure of the country, impact on our polity, but also the manner in which, and the institutions through which investigations are to be conducted”.

In its 52-page judgement, the high court had said Singh's allegations against Deshmukh had put at stake the citizen's faith in the state police.