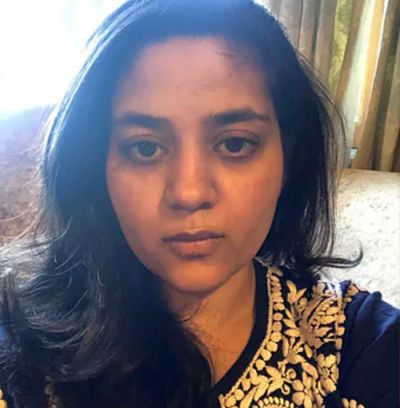 The Supreme Court on Thursday allowed former Jammu and Kashmir chief minister Mehbooba Mufti's daughter to meet her in Kashmir, where she is under detention following the revocation of the state's special status a month ago.

A bench headed by Chief Justice Ranjan Gogoi allowed the Peoples Democratic Party chief's daughter Iltija to meet her after she submitted in court that she has no problem in going to their Srinagar home but has not been able to move freely in the city.

The bench, also comprising Justices S A Bobde and S A Nazeer, noted that there was no problem in authorities permitting Iltija to travel from Chennai, where she is presently staying, to Srinagar to meet her mother.

As far as moving around in other parts of Srinagar goes, Iltija can do so subject to the permission from district authorities, the bench said in its order.

It also allowed Iltija's plea to meet her mother in private.

In her petition, Iltija said she is concerned about her mother's health as she has not met her for a month.

While advocate Nithya Ramakrishnan was making a submission that the petition was filed on behalf of Iltija seeking access to her mother as she has not met her for long time, Attorney General K K Venugopal and Solicitor General Tushar Mehta said Mehbooba's mother Gulshan Ara and sister Rubaiyya Sayeed visited her on August 29. They met her again later with the permission of the district magistrate, the law officers said.

The solicitor general said the petition is not for the "ostensible purpose" but for other reasons.

After a few minutes of deliberation, the bench said Iltija can be allowed to visit Srinagar and meet her mother since there is no impediment.

Mehbooba is in detention in a hut at Chashmeshahi near the governor's residence Raj Bhavan in Srinagar.