SC agrees to hear plea for probe into Tripura violence

The Supreme Court on Monday agreed to hear a plea of an advocate seeking an independent probe into the recent 'communal riots' in Tripura and the alleged complicity and inaction of the state police in it. 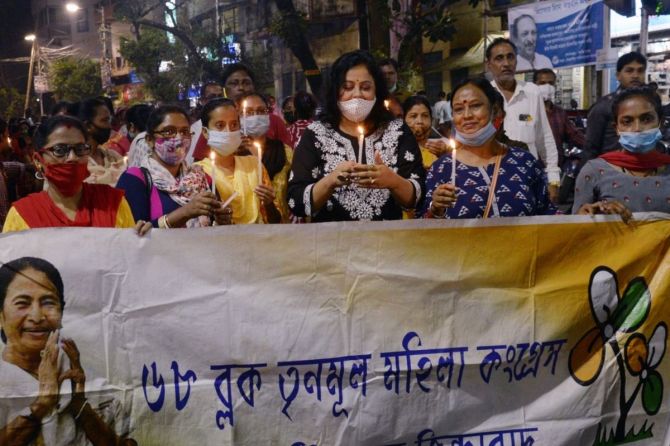 A bench of Justices DY Chandrachud and AS Bopanna issued notice to the Centre and the state government and sought their response within two weeks.

Advocate Prashant Bhushan, appearing for petitioner Ethesham Hashmi, said that they want an independent probe into the 'recent communal riots and investigation into the alleged complicity of police in it.'

"There are several cases related to Tripura before the court. Few lawyers, who went on fact finding missions, were served with notices. The Unlawful Activities (Prevention) Act charges were slapped on journalists. The police did not register a single FIR in the cases of violence. We want all this to be investigated by an independent panel monitored by the court," Bhushan said.

The bench said it is issuing notice to the parties and listed the matter after two weeks. It directed that copy be served to the central agency and standing counsel for Tripura.

The north-eastern state recently witnessed incidents of arson, looting and violence after reports emerged from Bangladesh that Hindu minorities there had been attacked during 'Durga Puja' on allegations of blasphemy.

The plea by Hashmi has alleged that police authorities were hand in glove with the perpetrators and not a single arrest was made with respect to the rioters, responsible for vandalism and arson.

It said that the police and state authorities instead of attempting to stop the violence kept on claiming that there was no communal tension anywhere in Tripura and further denied reports of any religious structure being set ablaze.

On November 11, the top court heard a plea of two advocates and a journalist seeking quashing of a criminal case lodged under the harsh UAPA provisions against them for allegedly bringing facts through social media posts about the 'targeted violence' against the minority community in Tripura.

These members of the civil society, who were part of a fact finding committee, have also challenged the Constitutional validity of some provisions of the Unlawful Activities (Prevention) Act, 1967 on the grounds that the definition of 'unlawful activities' is vague and wide and moreover, the statute makes grant of bail to accused very difficult. 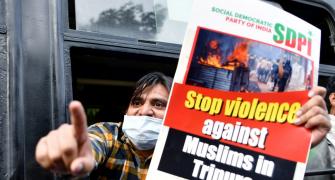 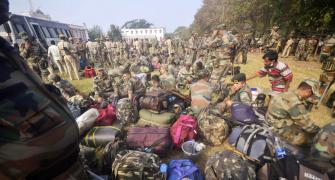 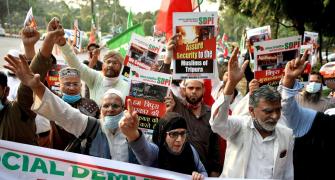 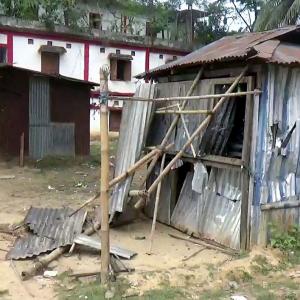 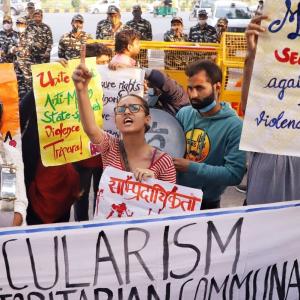