More than 100 terrorists were arrested in raids carried out earlier this week and the terror cells busted comprised mostly Saudi and Yemeni nationals, as well as residents of Somalia, Bangladesh and Eriteria, the interior ministry said in a statement read out over state television.

Those rounded up included a Yemeni, whom Saudi security officials described as being a prominent member of Al-Qaeda.

Most of those arrested were from the southern province of Jazan, near the border with Yemen, where Yemeni forces and Al-Qaeda linked rebels and Shia groups have been locked in fierce fights.

Saudi officials said those apprehended comprised 47 Saudis, 51 Yemenis and a Somali, Bangladeshi and an Eriterian national. One group consisted of more than 100 insurgents, while two others were smaller.

The Saudi anti-terror forces stumbled on the terror cells following arrest of two suspected Al-Qaeda terrorists, who tried to infiltrate into the Kingdom, disguised in burqa and carrying explosive belts. The duo was shot dead by Saudi guards.

"The strike by the terror cells was imminent," Saudi officials said.

Even though the announcement was made on Wednesday, the authorities did not disclose dates of the arrests. 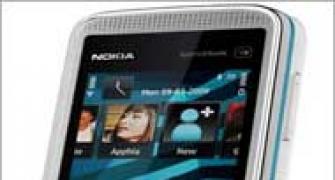