Satya Pal Malik was sworn in as the 13th governor of Jammu and Kashmir on Thursday, ending the five-decade-long practice of retired bureaucrats being appointed to the post. 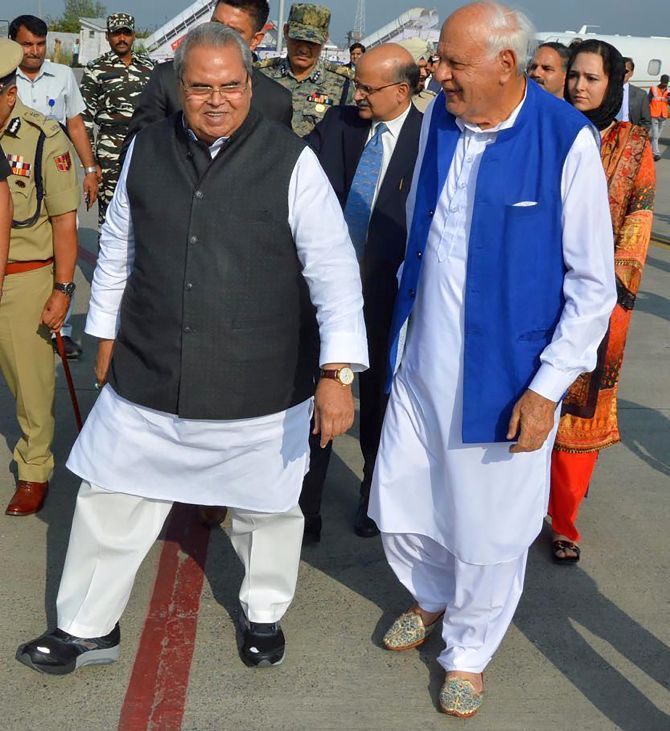 Malik was administered the oath of office by Chief Justice of Jammu and Kashmir high court Gita Mittal at the Raj Bhawan.

Former chief ministers Farooq Abdullah and Mehbooba Mufti were among over 400 guests present in the ceremony, which also saw the presence of legislators, senior leaders of Bharatiya Janata Party, Peoples Democratic Party, National Conference, Congress and other political parties.

Senior officials of the civil administration, police, Central Reserve Police Force, Border Security Force and the army were also present at the event.

Malik, 72, has worked with almost all political hues of the country. He is the first politician to assume the position after Karan Singh, who held the office from 1965 to 1967.

Malik, former governor of Bihar, had arrived in the state on Wednesday.

Outgoing governor N N Vohra, who was at the helm of affairs in the state for the last 10 years, called on Prime Minister Narendra Modi on a courtesy visit on Wednesday. He had also met Union Home Minister Rajnath Singh.

Vohra, however, could not attend the ceremony as he was on his way to Srinagar from Delhi.

The militancy-hit state is at present under the governor’s rule after the BJP withdrew support from its alliance partner PDP in June this year.

Vohra, a 1959-batch Punjab cadre IAS officer, had remained the choice of the central government, irrespective of the party in power due to his knowledge, expertise and negotiation skills.

Just as he saw Jammu and Kashmir through its worst crises, including the Amarnath agitation in 2008, Vohra also witnessed the rise and fall of militancy in Punjab.

He had served as the home secretary of Punjab after Operation Blue Star in 1984 when the northern state was in the thick of a bloody struggle for Khalistan and the army stormed into the Golden Temple.

Malik, in contrast, is a career politician who started as a student leader in Meerut University and became an MLA of Charan Singh’s Bhartiya Kranti Dal from Baghpat in Uttar Pradesh in 1974.

He had joined the Congress in 1984 and became a Rajya Sabha MP, but resigned three years later against the backdrop of the Bofors scam. He switched to the V P Singh-led Janta Dal in 1988 and became an MP from Aligarh in 1989.

Before taking oath as Bihar governor on October 4, 2017, he was in-charge of BJP’s Kisan Morcha. 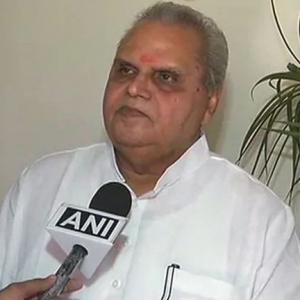