Sasikala to be released from prison on Jan 27: Dinakaran

Expelled All India Anna Dravida Munnetra Kazhagam leader V K Sasikala, serving a jail term in Bengaluru in a corruption case and presently under treatment for coronavirus, will be released from prison on Wednesday "according to all our expectations," her nephew T T V Dinakaran said on Monday. 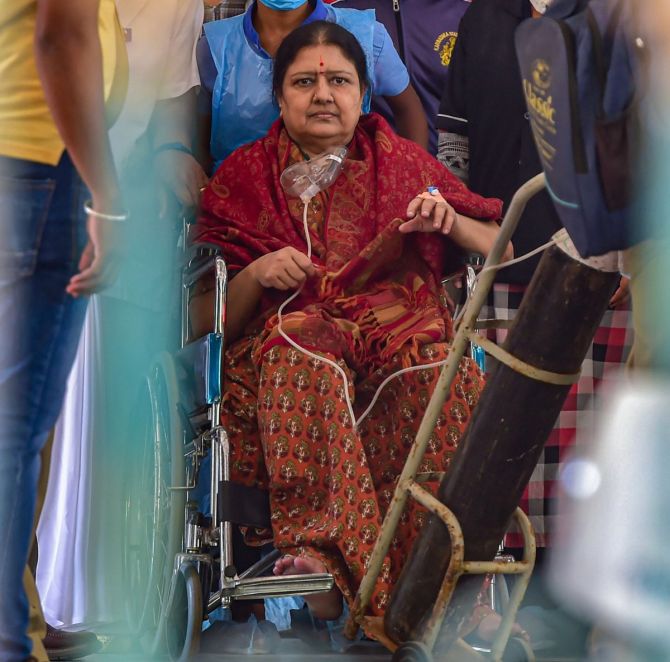 IMAGE: Expelled AIADMK leader VK Sasikala being taken to Victoria hospital for a scan from Bowring hospital after her health deteriorated in the Parappana Agrahara Prison in Bengaluru. Photograph: Shailendra Bhojak/PTI Photo

With the former aide of late Tamil Nadu chief minister J Jayalalithaa recuperating in a Bengaluru hospital, her discharge from the medical facility will be made known later, he said in a tweet.

"According all our expectations... Chinnamma (Sasikala) will be released (from prison) day after tomorrow, 27-01-2021," Dinakaran said.

Independent legislator Dinakaran, Sasikala's nephew and founder of Amma Makkal Munnetra Kazhagam said his aunt was recuperating from coronavirus and that her discharge from the hospital will be made known later after consulting doctors.

Sasikala, under treatment at Victoria Hospital, had been earlier moved out of the ICU there after her virus symptoms reduced.

She had contracted coronavirus on January 20 and was later admitted to the Bowring Hospital.

In view of her critical condition, she was shifted to the ICU ward of Victoria Hospital.

She was sentenced to four years imprisonment in February 2017 in the Rs 66 crore disproportionate assets case. 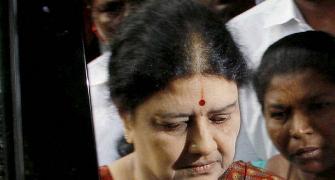