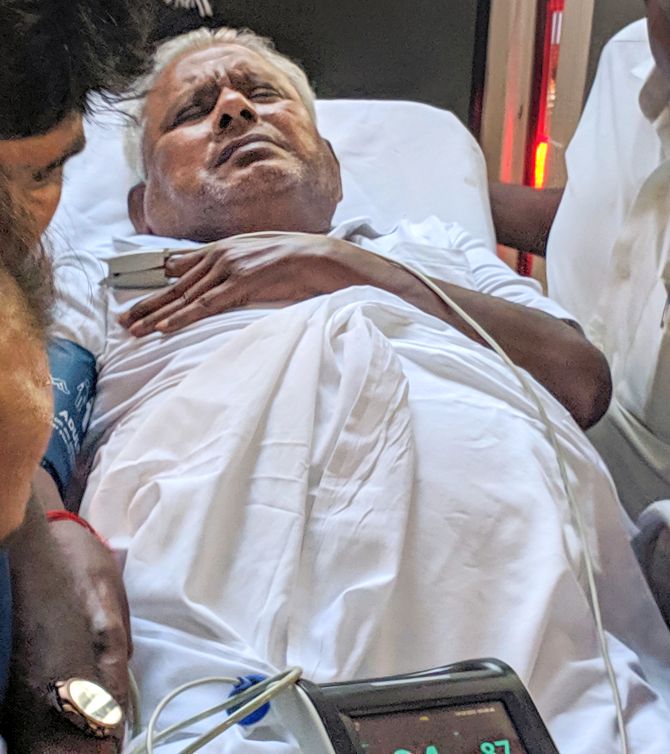 Rajagopal, who moved the apex court citing health reasons, was brought to the premises of the Fourth Additional Sessions Court in an ambulance.

Separately, another convict Janardhanan was also brought to the court in an ambulance.

Following submissions of the counsel for the convicts in connection with the surrender, both of them are expected to be shifted to the Puzhal Central Prison.

Earlier in the day, a Supreme Court bench headed by Justice N V Ramana dismissed the plea of Rajagopal seeking more time on medical grounds to surrender, saying his illness was not raised before the court during the hearing of the appeal in the case.

Rajagopal was to surrender on July 7 to serve life imprisonment for murdering an employee of his hotel group in October 2001 to marry the latter's wife.

His appeal against the Madras high court order upholding the trial court's judgment convicting him was rejected by the apex court in March this year.