Though he availed of remission for “good behaviour”, actor Sanjay Dutt was averse to wearing the prison uniform while in the Arthur Road Jail in Mumbai where he had been lodged initially after conviction in the Mumbai blasts case before being moved to Yerawada prison in Pune. 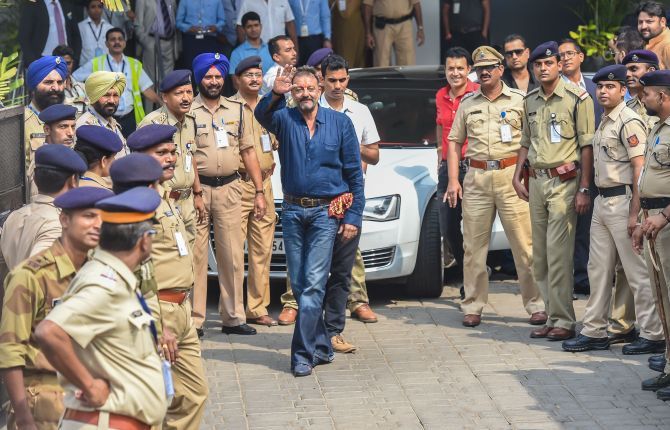 “He was not willing to wear prison uniform during his initial stay at the Arthur road prison. He, however, complied after being told in stern words,” said Deputy Inspector General, Prisons (jail administration) Swati Sathe recalling the Bollywood celebrity’s stint as a convict behind bars.

Asked to describe Dutt’s daily routine at Yerawada Central Prison where he spent most of his five year sentence under the Arms Act, Sathe said he followed the same drill meant for other prisoners.

“This meant getting up at 5.30 am, offering morning prayers, exercise, tea, breakfast, and then work cut out for the day. While other prisoners went to the work shed to undertake their prescribed work, Dutt, assigned cane work and making of paper bags, did it in his own cell for security considerations,” she added.

The officer said Dutt played his part in entertaining the inmates doing the role of “Radio Jockey” for the inner circuit YCP radio, compering songs with the script.

Dutt served 42 months in Yerawada as a part of his five-year sentence in the bomb blasts case.

The 56-year-old actor had at the time of his arrest served 18 months in jail and later in May 2013 he surrendered to serve the remainder of his sentence.

His release on Thursday is 103 days ahead of the end of his full prison term.