Former Lok Sabha speaker P A Sangma, who resigned from the Nationalist Congress Party to contest the presidential election against Pranab Mukherjee, formally launched his own political outfit 'National People's Party' (NPP) at a press conference in New Delhi on Saturday.

The nine-time MP had announced to form a new political party soon after his expulsion from the NCP in July 2012, when he refused to accept party decision to quit the Presidential election.

"It is going to be a long and difficult journey for us. But,with the kind of chaos we are witnessing all over the country due to lack of leadership, we strongly believe that the country needs a change," said Sangma.

"Though this is a all-India party, open for all, but it is going to be tribal centric. We have hundred million tribal populations in India, 47 reserved seats in Lok Sabha, 57 MPs, 529 reserved assembly seats, and yet the tribals are the most exploited most exploited, neglected people of this country," he added.

Asked about whether his daughter, Agatha Sangma, a sitting MP from the NCP has also joined the new party, Sangma said: "For the time being she is still with NCP on technical grounds."

The nine-time MP further stated that the NPP will fight elections all over India, but the emphasis will remain in tribal dominated areas. 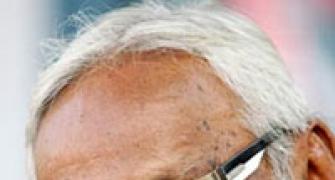 Eden curator Mukherjee to visit venue 'till alive'
Dedicate 2013 to improving women's safety: Pranab
Why Modi was not so triumphant at his Vijay Sabha 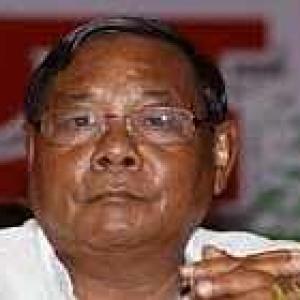 Sangma to launch his own party tomorrow

AIADMK to contest Lok Sabha polls on its own: Jaya