Bhartiya Janata Party general secretary Anant Kumar and Janata Party chief Dr Subramanian Swamy will meet the Election Commission to complain about the Rajya Sabha secretary general for rejecting their demand that United Progressive Alliance nominee Pranab Mukherjee should be disqualified, as he was the chairman of the Indian statistical Institute Kolkata when he filed his nomination paper for the Presidential election.

"We are convinced that his resignation letter does not have his signature and someone else had signed for him. We have his original signatures and the so-called letter of resignation signed by someone else on his behalf," BJP leader S S Ahluwalia told rediff.com in an informal

conversation.The BJP has deputed Ahluwalia and Kumar to campaign for Sangma.

Sangma's lawyer Satpal Jain, who raised the issue with the top leaders, said that they would ask the EC to disqualify Mukherjee on the grounds that his signature had been forged, and declare Sangma elected. The delegation is scheduled to meet the Chief Election Commissioner at 11 am on Saturday morning.

Asked if they planned to move the Supreme Court if the EC refused to concede to their demand, Jain said they would have to move the court to get justice for Sangma.

Pranab told newspersons that the BJP was resorting undemocratic means to push Sangma's case. "Forgery can be done by someone else but how can someone say that I forged my own signature? he quipped.
Onkar Singh in New Delhi
Related News: Bhartiya Janata Party, Satpal Jain, Kumar, Sangma, Dr Subramanian Swamy
Print this article
BJP's charge against Pranab 'scandalous': PC 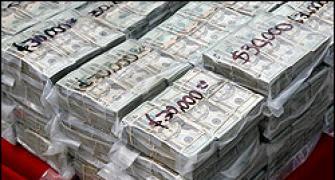 Will Congress & BJP defend the honour of Rajiv Gandhi? 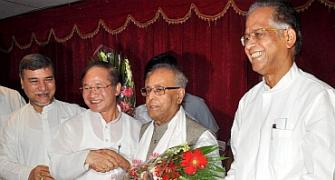 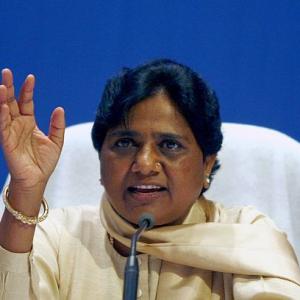