Sanctions on India for Russia deal 'extraordinarily foolhardy': US senator

India is a critical ally of the United States and it would be "extraordinarily foolhardy" to impose any sanctions on New Delhi under the punitive CAATSA law for its purchase of the S-400 missile defence system from Russia, a top Republican Senator has told the Biden administration. 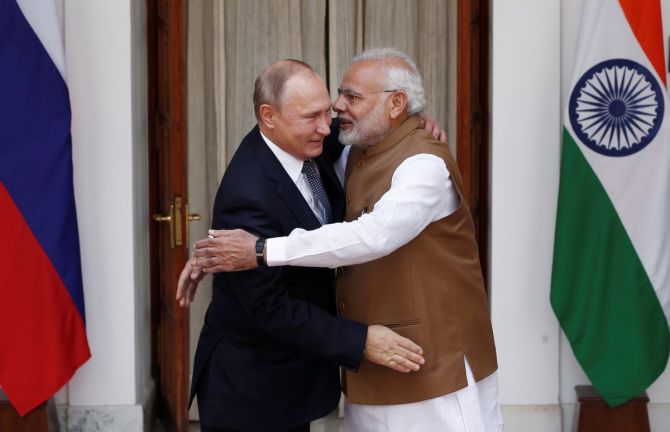 The US administration is required under domestic law, Countering America's Adversaries through Sanctions Act (CAATSA) to impose sanctions on any country that has significant transactions with Iran, North Korea or Russia.

CAATSA is a tough US law that authorises the administration to impose sanctions on countries that purchase major defence hardware from Russia in response to Russia's annexation of Crimea in 2014 and its alleged meddling in the 2016 US presidential elections.

"There are reports that the Biden administration is contemplating imposing CAATSA sanctions against India, the largest democracy on Earth, a decision that I think would be extraordinarily foolhardy,” Senator Ted Cruz said during a hearing on pending nominations by the powerful Senate Foreign Relations Committee.

Cruz, who represents the State of Texas in the United States Senate, said that over the last one week, the bilateral relationship between India and the United States had deteriorated under the Biden administration.

"India is a critical ally across a number of areas, and the US-India alliance has broadened and deepened in recent years. But under the Biden administration, it's gone backwards,” Cruz said.

India has faced flak from US lawmakers, both Republicans and Democrats, for choosing to abstain from a UN vote on Wednesday to rebuke Russia's attack on Ukraine.

A total of 141 nations voted in favour of the move condemning Russia's invasion of Ukraine and five nations were against it, with 35 countries, including India, abstaining. The UNGA resolution was similar to the one circulated earlier in the 15-nation Security Council on which India also had abstained.

The UNSC resolution, which received 11 votes in favour and three abstentions, was blocked after permanent member Russia exercised its veto.

"The United Arab Emirates also abstained in yesterday's vote. The UAE is a close ally of the United States, and during the Trump administration, was a critical player in the Abraham Accords that fundamentally transformed the entire Middle East, and brought Israelis and Arabs together under American leadership,” Cruz said.

At a different hearing by the Senate Foreign Relations Committee, he said that in the past year under the Biden administration, the US relations with India have worsened significantly.

This was manifested among other things in their latest abstention at the United Nations, he told Assistant Secretary of State for South and Central Asia Donald Lu.

"I will acknowledge that India and the United States have not voted the same at the United Nations over this past week. I assure you that we continue to have an important dialogue with India at the highest levels to try to narrow that gap and to help India to see the importance that we place on a coordinated message to Moscow,” Lu said.

Cruz tweeted that the Biden administration was very, very slowly discovering that alienating allies and boosting enemies is not a great way to conduct foreign policy. "All it took were several generational global catastrophes and wars abroad, and 1970s inflation and gas prices at home,” he said.

In October 2018, India had signed a USD 5 billion deal with Russia to buy five units of the S-400 air defence missile systems, despite a warning from the then Trump administration that going ahead with the contract may invite US sanctions.

The US has already imposed sanctions on Turkey under the CAATSA for the purchase of a batch of S-400 missile defence systems from Russia.

Following the US sanctions on Turkey over the procurement of S-400 missile systems, there were apprehensions that Washington may impose similar punitive measures on India.

Russia has been one of India's key major suppliers of arms and ammunition.