The Samyukt Kisan Morcha called off the tractor parade by farmers on Tuesday and appealed to participants to immediately return to their respective protest sites. 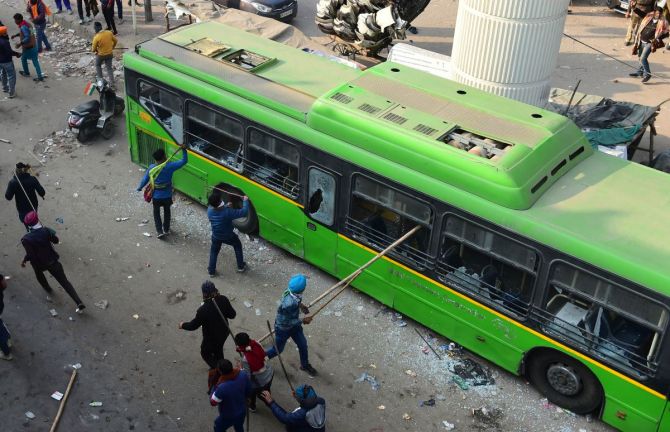 The tractor parade, which began much ahead of the scheduled time, turned violent with farmers opposing the Centre's new agri laws and police clashing at several areas of the national capital.

Farmers continued to camp at several places in the national capital till late evening and there was no pre-decided time for concluding the parade.

'We have called off the farmers' Republic Day parade with immediate effect and appealed to all participants to immediately return back to their respective protest sites.

'The movement will continue peacefully and further steps will be discussed and decided soon,' the farmers' union body said in a statement.

Earlier on Tuesday, the Kisan Morcha disassociated itself from those who indulged in violence during the tractor parade, and alleged that some 'antisocial elements' infiltrated their otherwise peaceful movement.

The union also condemned and regretted the 'undesirable' and 'unacceptable' events as the parade turned violent after several groups of farmers deviated from the pre-decided route for the march.

Wielding sticks and clubs and holding the tricolour and union flags, tens of thousands of farmers atop tractors broke barriers, clashed with police and entered the city from various points to lay siege to the Red Fort and climb the flagpole on Republic Day on Tuesday. 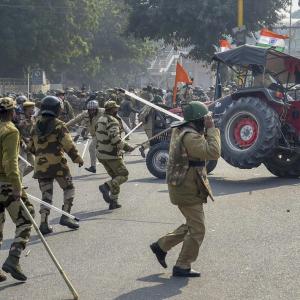 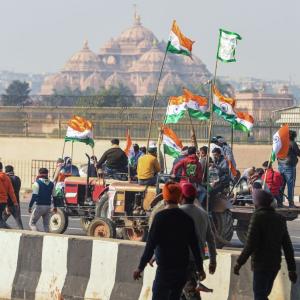