A special National Investigation Agency court had to defer its verdict that was expected to be pronounced on Monday in the 2007 Samjhauta Express blast case in which Swami Aseemanand is one of the accused after a last-minute application by a Pakistani woman. 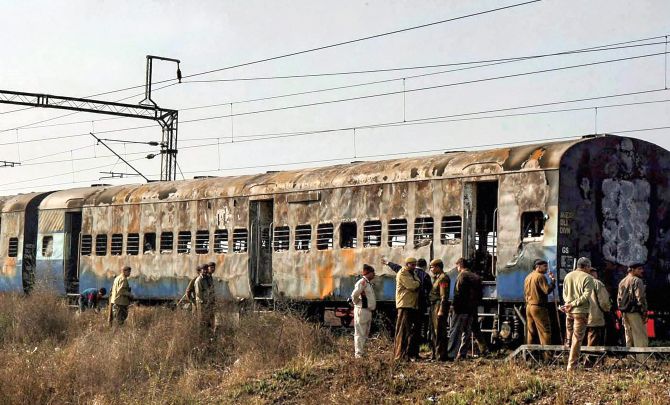 In a surprise plea, the woman moved the anti-terror court for directions for examination of the blast eyewitnesses from Pakistan

The court was expected to deliver the verdict in the case relating to the blast in the cross-border train in which 68 people, mostly Pakistani nationals, were killed.

Wakeel, the daughter of blast victim Muhammad Wakeel of Dhingrawali village in Hafizabad district of Pakistan, filed the application through her Indian counsel Momin Malik, who told the court that he received his client's application though e-mail.

The woman sought examination of the blast eyewitnesses from her country, contending that her co-nationals either did not receive proper summonses from the court or were denied visas by authorities to appear before it.

"The eyewitnesses/Pakistani witnesses do not have any knowledge about the ongoing stage of the trial because no proper summons were served to them,” she said in her plea, filed after lunch break.

She pleaded that all eyewitnesses to the case from her country were ready to appear before the court for their depositions and they should be examined in the interest of justice.

Special Judge Singh asked petitioner's counsel why the plea was made at the fag end of the trial, reminding him that several chances were given to all the 13 Pakistani witnesses to record their statements before the court.

Wakeel's counsel Malik, however, reiterated the stand of his client.

"The court has posted the matter for March 14 after the petition was filed by an advocate on behalf of the Pakistani woman,” NIA counsel Rajan Malhotra said.

He said the NIA would give its reply to the woman's application on March 14.

The blast in Samjhauta Express occurred near Panipat in Haryana on February 18, 2007, when the train was on its way to Attari in Amritsar, the last railway station on the Indian side.

The blast had ripped apart two coaches of Samjhauta Express.

After the incident, Haryana police registered a case, but the probe was handed over to the National Investigation Agency(NIA) in July 2010.

After its probe, the NIA filed a chargesheet in the case in June 2011, indicting eight persons for their alleged roles in the terror attack.

Blast mastermind Sunil Joshi was shot and killed near his home in the district of Dewas, in Madhya Pradesh in December 2007, while three other accused - Ramchandra Kalsangra, Sandeep Dange and Amit could be never apprehended and were declared proclaimed offenders.

Aseemanand is out on bail while three others are still in judicial custody.

The NIA had charged the accused with murder and criminal conspiracy, besides other relevant provisions of the Explosive Substances Act and the Railways Act.

In its probe, the NIA had concluded that the accused were upset with the terror attacks on Hindu temples - Akshardham (Gujarat), Raghunath Mandir (Jammu) and Sankat Mochan Mandir (Varanasi).

They had conspired together to trigger the blast in the Pak-bound train, largely carrying Pakistani nationals, to avenge the spate of terror attacks in various temples of the country, it contended.

The accused had conspired and propounded a theory of 'bomb ka badla bomb', the NIA had said in its chargesheet.

As per the NIA probe, the accused were given training at Madhya Pradesh and Fardiabad in Haryana for making bombs and firing pistols.

The NIA chargesheet dubbed Sunil Joshi as the mastermind of the blast plot with active help of the other accused, including Aseemanand.

The explosive were stuffed in suitcases, which were planted in the train by Lokesh, Rajinder, Kamal and Amit, said the NIA chargesheet. 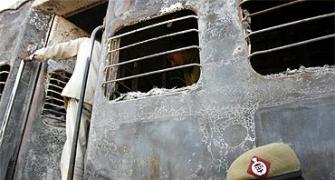 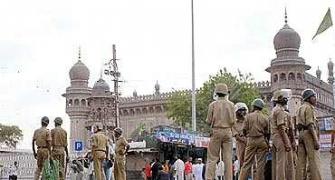 Samjhauta blast suspect to be probed in two other cases 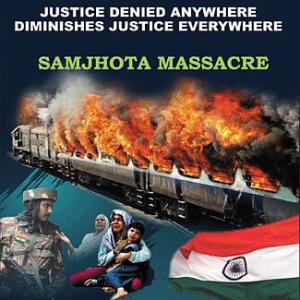 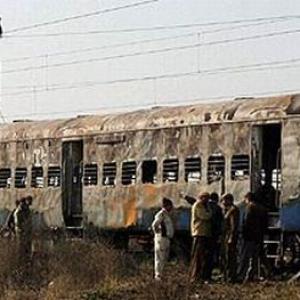