Samajwadi Party is wary of being seen as promoting the interests of SC/STs as OBC, says Kavita Chowdhury.

The Samajwadi Party (SP) might have expressed its opposition to job promotion quota for people of the scheduled caste (SC) and scheduled tribe (ST) categories at the all-party meeting convened by the prime minister on August 21; but there is discontent among the rank and file of the party on its stand.

The split was visible last week when the party's chief whip in the Lok Sabha, Shailendra Kumar, proposed a discussion in favour of SC, ST reservations.

Kumar had proposed a discussion on the issue under rule 193 in Parliament which does not entail voting. A similar discussion had been initiated by P L Punia, (Congress) member of Parliament (MP) from the Barabanki constituency in Uttar Pradesh, who is also the chairperson of the National Commission for SCs and STs.

Kumar was promptly hauled up by SP supremo Mulayam Singh Yadav for transgressing the party line.

SP, whose mainstay has been the other backward class and Muslim vote banks, has been wary of being seen as promoting the interests of the SCs and the STs.

However, a sizeable chunk of its MLAs in the present Assembly come from the schedule castes. Of the 84 reserved (SC) seats in the UP Assembly, SP had won 54, while the self-declared pro-Dalit Bahujan Samaj Party (BSP) got only 17. Also, of the 22 Lok Sabha MPs of the SP, 12 have won from reserved seats. Kumar himself is an MP from Chayal, a reserved seat.

"It is difficult for us to ignore the demands and aspirations of the people and constituencies that we represent; whatever be the party line is," said an SP insider, who did not want to be named.

In fact, there are elected representatives like Sushila Saroj Samajwadi MP from Mohanlalganj, whose relatives have benefited from the 'out of turn promotion policy' when it was first implemented in Uttar Pradesh before being struck down by the Supreme Court.

Most of the political parties have given their assent to the United Progressive Alliance (UPA) government to move a bill in Parliament to ensure reservation in promotion for SC/ST. SP, however, refused to toe that line. The government will soon move a Cabinet note on the issue.

Once the policy is laid before Parliament, it will also necessitate a Constitutional amendment entailing voting.
Source: 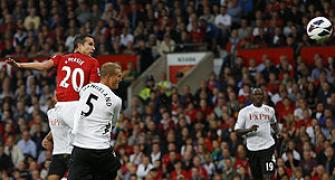