'Saline Rao': The man behind the kidney racket

How did a small-time businessman from Hyderabad mastermind the multi-million rupee kidney racket?
Indrani Roy/Rediff.com finds out.

The palatial building stands out amid its modest surroundings in Rajarhat, the north-eastern fringe of Kolkata.

Rao was arrested from this house on June 7, while he was busy celebrating a house warming-cum marriage anniversary party with more than 600 guests.

Rao, left, a graduate from Hyderabad, dabbled in small businesses.

In search of more wealth, he arrived in Kolkata and was introduced to Deepak Kar 'Kaka', who introduced him to the kidney racket. Soon after Rao's arrest, Kar surrendered to the Kolkata police and was taken to Delhi thereafter.

To raise initial capital for this 'business,' Rao allegedly sold one of his kidneys and invested Rs 500,000. The police estimates claim he accumulate about Rs 100 crore (Rs 1 billion) in 15 months.

Though Rao was based in Hyderabad to operate a medical equipment business, he travelled to Kolkata and Delhi frequently to supervise the kidney racket.

Kolkata was Rao's 'recruitment' centre. Delhi was his 'operational' base.

His prime contact in Delhi was allegedly one Saxena, a personal assistant to a senior nephrologist, police sources told Rediff.com. He has since been arrested.

Rao told the police that a middleman informed him that the maximum number of organ transplant surgeries took place in Delhi's Apollo Hospital.

In the last 18 months, Rao and his accomplices allegedly arranged for at least 20 to 22 surgeries at the hospital.

The Kolkata and Delhi police are tracking down the donors, receivers, agents and doctors whose names Kar has divulged.

Behind these advertisements, with two to three mobile numbers listed, existed an intricate organ racket web.

Once the advertisers touched base with prospective donors, the listed mobiles' SIMs would be destroyed, police sources say.

The police located Rao by tracking some of these advertisements and by tapping some mobile numbers listed there.

During Rao's interrogation, it was revealed that whenever his staff encountered prospective clients, he would be informed and meetings would be organised in Kolkata or in New Delhi.

A false medical 'board' would then be set up.

This 'board' counselled the donors that selling a kidney would not affect their health much. The same board arranged for forged relationship certificates for the donors. The 'board' also generatef fake voter identification and Aadhar cards to substantiate fraudulent relationships.

The certificates stated that the donors were voluntarily giving their kidneys to the recepients, police sources say.

These certificates are mandatory under the Transplant of Human Organ Rules 2014. Only organs of immediate blood relatives -- parents, siblings, children, grandparents and grandchildren -- can be accepted for transplant.

After the surgery and recovery, the donors were paid train or airfares to return home.

Each organ donation involved sums of between Rs 35 lakhs and Rs 40 lakhs (Rs 3.5 million to Rs 4 million) that were distributed among 7 to 8 people, police sources say.

The racket surfaced when a couple from West Bengal -- Devashish Maulik and his wife Moumita -- were involved in a nasty fight outside Delhi's Indraprastha Apollo Hospital.

When the duo was taken to the Sarita Vihar police station, Moumita told the police that her husband had promised her Rs 3 lakh if she sold her kidney.

She was angry after she received only Rs 1.5 lakh (Rs 150,000) from the middleman, Ashim Sikdar. Interrogation of the couple and Sikdar led the police to the kidney donation racket.

Following the money trail, the police were quick to zero in on Rao. 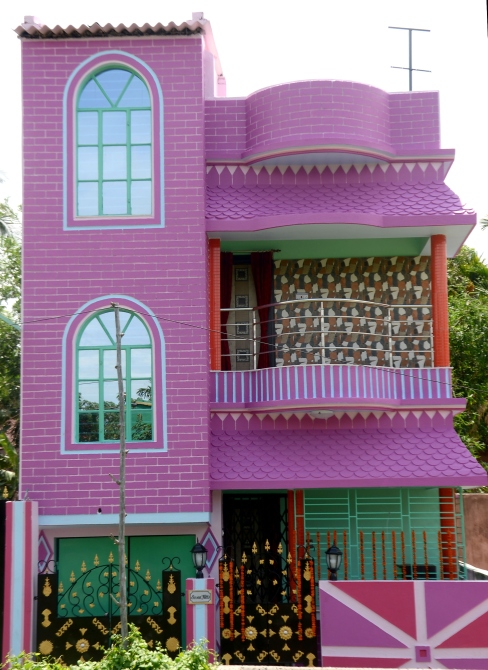 IMAGE: Besides this building, Rao owns another plot of land in the vicinity and a third home in Kharagpur where his parents live. Photograph: Rituja Halder for Rediff.com

According to the owner of a local grocery store from where the Raos bought their provisions, "He seemed a harmless man who hardly mingled with his neighbours."

"Recently, he invited many of us for a lavish party at his new house to celebrate the couple's sixth marriage anniversary. As I had prior engagements, I could not attend the event but many from this locality had gone," the grocer adds.

"The Raos often got their groceries home delivered and were extremely generous with tips," says a youth who works at the grocer.

In his Kolkata neighbourhood, Rao was known as 'saline Rao', someone who dealt in medical equipment.

"We used to see Rao riding a scooty. He seemed a busy man," says another neighbour.

"We knew he sold medical equipment to hospitals. Had we known he was into this dirty business, we would have thrashed him black and blue," the middle-aged man adds.

"At times, he had visitors who came in big cars, some of which belonged to doctors," another neighbour says.

According to police sources, Rao's accomplices chose Kolkata for their operation for the city's geographical location.

"West Bengal shares many porous borders with Bangladesh. Therefore, it's easy for agents and touts to carry out their operations from Kolkata and other districts of Bengal," police sources say.

"Moreover, some areas of North Bengal are very close to Nepal," the sources add.

"Rao's house in Rajarhat being close to the airport may have been the safe berth for many of his accomplices. Most of the meetings between donors and Rao's associates could have taken place there," a police source says.

Rao reportedly told the police that more than 20 of Kolkata's about 50 government hospitals were involved in this racket. 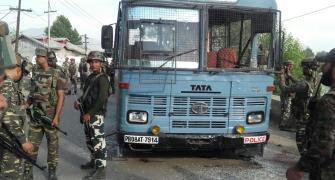 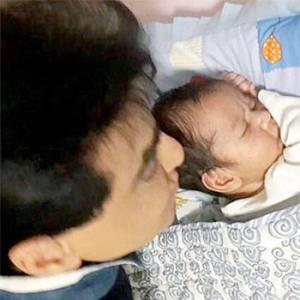 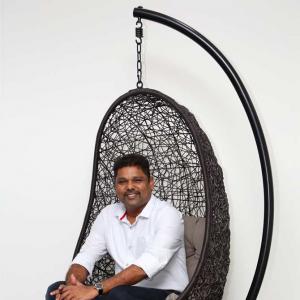