Former Congress leader Sajjan Kumar on Saturday moved the Supreme Court challenging the life imprisonment awarded to him by the Delhi high court in a 1984 anti-Sikh riots case. 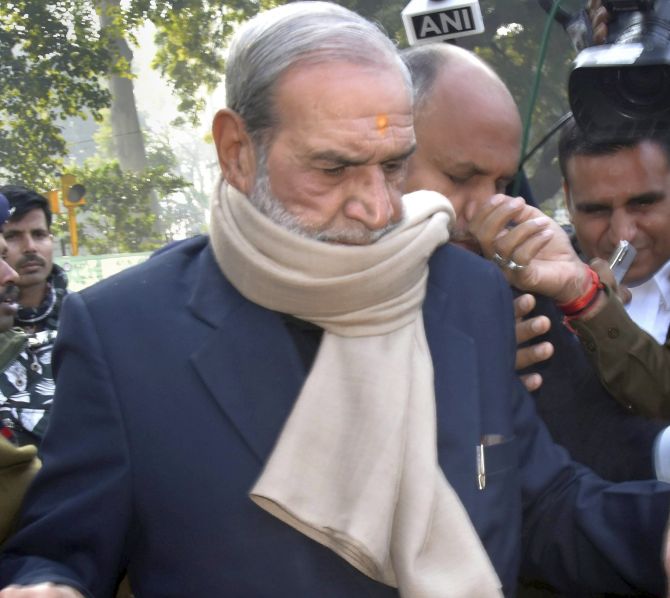 Senior advocate H S Phoolka, who is representing the victims of the riots cases, said he has been conveyed by the the apex court registry that Kumar has filed an appeal against the high court's judgement.

He said the victims had already filed a caveat to pre-empt any ex parte hearing in favour of Kumar.

Kumar was convicted and sentenced to life for the remainder of his life by the high court on December 17 in the 1984 anti-Sikh riots in Raj Nagar area.

The case relates to killing of five Sikhs in Raj Nagar part-I area in Palam Colony in South West Delhi on November 1-2, 1984, and burning down a Gurudwara in Raj Nagar part II during that period.

The high court had on Friday rejected Kumar's plea seeking extension of time till January 30 to surrender for serving his punishment.

A bench of Justices S Muralidhar and Vinod Goel said it saw no grounds to grant him the relief and rejected his application. It had asked Kumar to surrender by December 31.

The former Congress leader had sought more time (till January 30) to surrender, saying he has to settle the family affairs related to his children and property and also needs time to file appeal in the Supreme Court against the high court verdict.

The application had said Kumar was "under shock and surprise" since the time he has been convicted and he believes that he is innocent.

The high court in its judgement had said that the riots were a "crime against humanity" perpetrated by those who enjoyed "political patronage" and aided by an "indifferent" law enforcement agency.

It had set aside the trial court's verdict which had acquitted Kumar in the case.

The court had said there has been a familiar pattern of mass killings since the partition like in Mumbai in 1993, Gujarat in 2002 and Muzaffarnagar in 2013, and the "common" feature of each was the "targeting of minorities" with the attacks being "spearheaded by the dominant political actors, facilitated by the law enforcement agencies".

The six accused, including Kumar who was a Member of Parliament at that time, were sent for trial in 2010. Three years later, the lower court convicted five of the accused but acquitted him of all the charges.

It also convicted them for criminal conspiracy to burn down residences of Sikh families and a gurdwara in the area during the riots.

Following the high court verdict, the life term of Khokhar, Bhagmal and Lal has been upheld, and the sentence of Yadav and Kishan Khokar has been enhanced to 10 years in jail.

All six, including Kumar, were directed by the high court to surrender by December 31, and not leave Delhi. 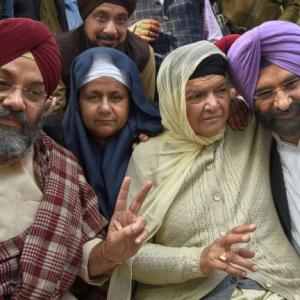 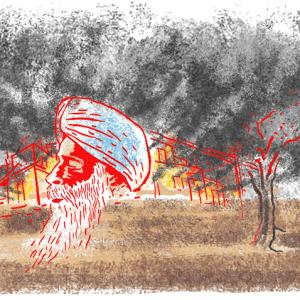