Source: PTI
April 23, 2012 18:47 IST
A Delhi court, hearing a 1984 anti-Sikh riots case involving senior Congress leader Sajjan Kumar, was Monday told by the Central Bureau of Investigation that there was a conspiracy of "terrifying proportion" between him and the police during riots.

"There was a conspiracy of terrifying proportion with the complicity of police and patronage of local MP Sajjan Kumar," CBI prosecutor R S Cheema told District Judge J R Aryan.

Winding up the prosecution arguments, Cheema focused on the issue of conspiracy between the accused saying it was shown in the statement of the witnesses.

"From the statement of the witnesses, it has been clearly shown that a large-scale violence took place during the riots and there was huge conspiracy between all the six accused, some unknown persons and also police officials," he argued.

Arguing on the extent of killings in the Delhi cantonment area, the prosecutor said as per police records, not even a single killing took place from October 31, 1984 to November 6, 1984. He said a former police constable, who is now a defence witness had deposed in the court that he was on duty in the area during the riots and he had not come across any report of any killing or rioting.

"But, as per G T Nanavati Commission report, the official casualty figures shows that during the riots 341 persons were killed, while 385 houses, 110 shops and 45 vehicles were burnt in the area," he said, adding that the attitude of the police was to minimise the magnitude of the crime.

Sajjan Kumar and five others are facing trial in the killings of six people in Delhi cantonment area during the 1984 carnage, which broke after the assassination of the then Prime Minister Indira Gandhi on October 31, 1984. They are accused of instigating a mob to attack and kill the Sikhs.

The prosecutor said the killings were committed on Sajjan Kumar's directions. "In this case, the circumstances clearly show conspiracy and Sajjan Kumar is charged for the offence of conspiracy. The Delhi police is also accused of conspiring with others but no official has been named," he said.

The CBI had earlier said the police acted in a pre-planned manner during the riots and kept its "eyes closed" to the wide-spread violence. It had said the police "deliberately" did not act the way it was supposed to do.

The case against Sajjan Kumar was registered on the recommendation by the G T Nanavati Commission. The CBI had filed two charge sheets against him and others in January 2010.

The trial court, in 2010, had framed charges against Sajjan Kumar and five others under Sections 302 (murder), 395 (dacoity), 427 (mischief to cause damage to property), 153A (promoting enmity between different communities) and other provisions of the IPC. 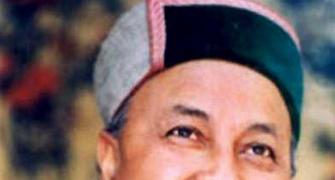 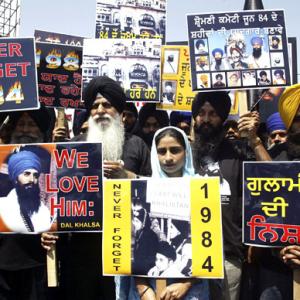