Laying the roadmap of the Narendra Modi government for its second term, President Ram Nath Kovind on Thursday said  empowering every person is the main goal for a 'New India' by 2022 on the back of a "stronger mandate" for continuing uninterrupted the journey of development started in 2014. As he highlighted the Modi government's achievements and priorities in an hour-long address to the joint sitting of Parliament, Kovind also pushed for simultaneous elections, saying it is the "need of the hour."

Asserting that the government was moving ahead to create a "strong, secure and inclusive" India, the president said national security was paramount for the government and touched upon surgical strikes and air strikes on Pakistan-based terror camps.

Kovind also underlined the government's resolve to remove "social evils" of triple talaq and 'nikah halala' to ensure equal rights for women, take forward the campaign against black money at a faster pace and make the zero tolerance policy against corruption more comprehensive and effective.

On issues relating to economy, Kovind, dressed in a cream 'bandgala', said the government will soon announce a new industrial policy aimed at promoting growth and creating jobs.

With Prime Minister Narendra Modi, Vice President M Venkaiah Naidu and MPs of both Houses in attendance in the Central Hall of Parliament for the joint sitting after the formation of the 17th Lok Sabha, the President said the general elections had enhanced the credibility of Indian democracy as a record number of people -- 61 crore -- voted, including the highest share of women. 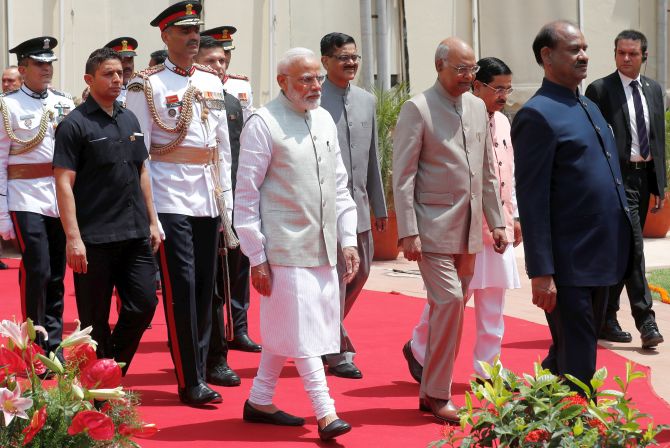 Kovind, in his speech, which is prepared by the government of the day, said empowering every person in the country is the main goal of the ruling dispensation which, he added, wants to build a 'New India' by 2022 in which there is no discrimination on the grounds of caste or religion.

"My government is giving residential, health facilities to poor as poverty can be removed only by empowering them," he said.

"The people of the country have given a very clear mandate in this election (2019 Lok Sabha polls). After assessing the performance of the government during its first tenure, people have given even stronger mandate for the second term. By doing so, they have given a mandate for continuing uninterrupted and at an accelerated pace the journey of development which started in 2014," he said. The BJP won 303 of the 543 Lok Sabha seats at stake compared to 282 in the 2014 polls.

On parliamentary and assembly polls, Kovind said due to frequent polls in some part of the country or the other, the pace and continuity of development programmes have been impacted.

"Therefore, I urge all Members of Parliament to seriously ponder over this development oriented proposal of One Nation, Simultaneous Elections," he said.

His suggestion came a day after Modi held deliberations with chiefs of 21 political parties over the issue and announced setting up of a panel for time-bound suggestions. 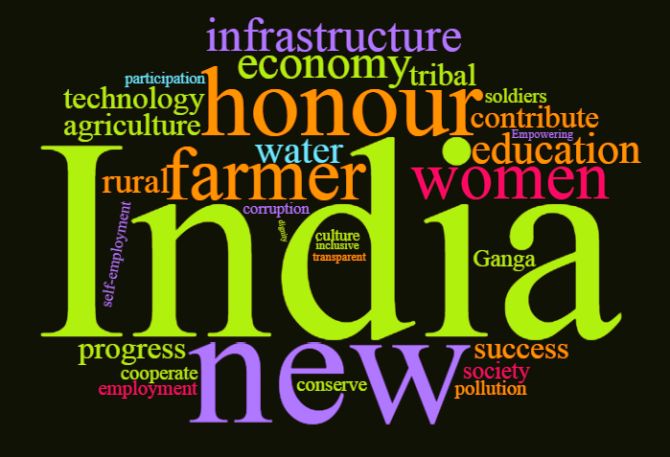 Kovind noted that half of the MPs in this Lok Sabha have been elected for the first time and the presence of 78 women MPs, the highest ever, presents the picture of a new India.

He also said penalties for crimes against women have been made "harsher" and the new penal provisions are being strictly enforced.

Kovind flagged national security as a top most priority of the government, saying all possible steps will be taken to ensure this as it was done after the terror attack in Pulwama in Jammu and Kashmir in February in which 40 Central Reserve Police Force jawans were killed.

"India has amply demonstrated both her intent and capabilities, first through surgical strikes and then through air strikes on terrorist hideouts across the border after the Pulwama attack.

WATCH: Triple talaq, Nikah-Halala should be done away with, says President Kovind

"In the future too, all possible steps will be taken to ensure our security," he added.

The President said 'New India' will be sensitive and also, economically prosperous but for this to happen, "nation's security is of utmost importance".

Referring to infiltration, he said this posed a major threat to internal security.

"This is leading to social imbalance in many parts of the country, as well as putting a huge pressure on limited livelihood opportunities," he said.

"My government accords top most priority to national security. Therefore, effective steps are being taken to tackle terrorism and naxalism," he added. 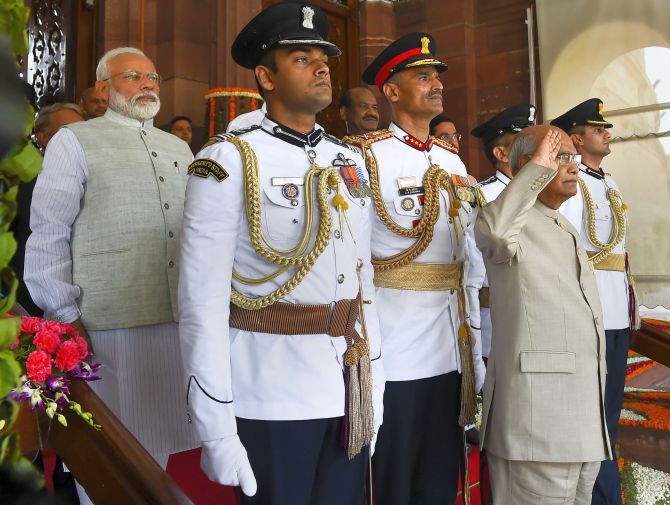 To fulfil its resolution of building a 'New India', the government in a short period of 21 days has taken many decisions aimed at welfare of farmers, soldiers, students, entrepreneurs, women and other sections of society and have also started implementing them, Kovind said, adding initiatives have been taken to enact several new laws.

He spoke about the decision to start pension schemes for farmers and small traders, and extending the scheme to give Rs 6,000 input subsidy to all farmers.

Noting that a strong national economy can be built only on the foundation of a strong rural economy, he said an investment of Rs 25 lakh crore will be made in the coming years in order to enhance agriculture productivity.

To double income of farmers by 2022, when India will complete its 75 years of Independence, several steps have been taken in the last five years, the President said.

Talking about the federal structure of the country, Kovind said "strengthening the system and spirit of cooperative federalism, my government is taking the states along to achieve national goals."

Asserting that the world supports India's position on terrorism, he said UN's declaration of JeM chief Masood Azhar as "global terrorist" is a proof of this.

On Jammu and Kashmir, he said the central government is making all efforts to ensure a safe and peaceful environment for the people of the state. 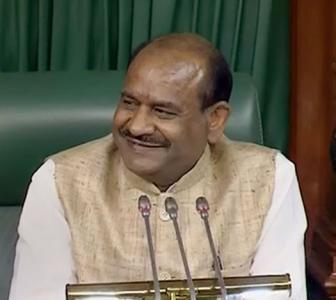 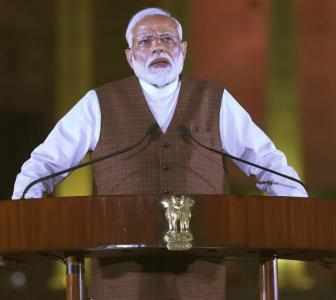 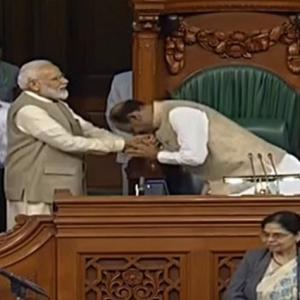