A senior Pakistani lawyer who was dismissed from government job for performing voluntary service at Indian shrines had said he intends to serve Hindu families in Sindh to promote interfaith harmony and the soft image of Muslims.

Khurshid Khan, who was recently removed from the post of Deputy Attorney General after he angered lawyers' associations by washing dishes and polishing shoes at Indian shrines, told reporters in Peshawar that he would travel to Jacobabad in Sindh as part of his "sevadari mission".

Reports had suggested that dozens of Hindu families from Jacobabad intended to migrate to India due to forced conversions and kidnapping for ransom.

Pakistani immigration authorities on Friday barred a group of about 250 Hindus from travelling to India but later allowed them to cross the Wagah border after Hindu leaders assured the government they were going on a pilgrimage.

Khan said he intended to serve the Hindu community which was unhappy with "elements in the local Muslim community" in Jacobabad.

"I will stay in Jacobabad and Sukkur till Eid-ul-Fitr to serve the Hindu families in the area," he told The News daily.

The former law officer visited Nepal to serve at places of worship. He had performed 'sewa' at gurdwaras, temples and mosques during a visit to India some months ago.

Khan blamed an influential political family linked to the Awami National Party for having deprived him of the post of Deputy Attorney General.

He said he would not give up his mission despite the loss of his job. "I will visit the affected Hindu families and will console them through my humble service," he said.

Khan has been in the limelight since he began his "sewa campaign" at Jogan Shah Gurdwara in Peshawar after Taliban fighters kidnapped and killed some Sikhs in the lawless tribal belt some years ago. 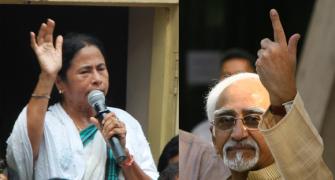 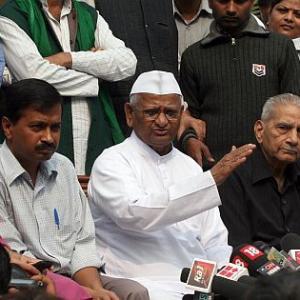