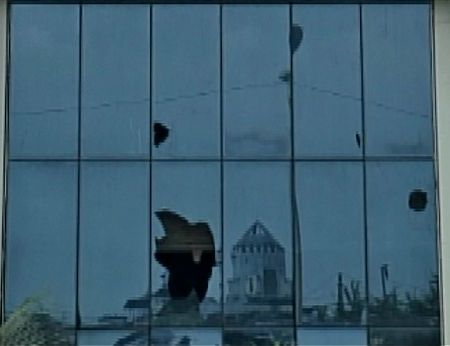 A day after an office of Shiv Sena mouthpiece Saamana was stoned over a cartoon it carried alluding to the ongoing Maratha rallies, the cartoonist expressed regret over his work, which has triggered sharp reaction from across the political spectrum in Maharashtra.

"The sentiments of Maratha community were hurt by my cartoon. But, there was never an intention to hurt anybody. Yet, I express regret if sentiments were hurt unintentionally," cartoonist Shrinivas Prabhudesai said in a statement carried on the front page of Saamana.

"The controversy over the cartoon was unnecessary. I am an artist and not a political cartoonist. In a busy life, my intention is to put a smile on people's face and thus I make cartoons," he stated.

He, however, alleged that the issue was politicised and the Sena and Saamana were unnecessarily dragged into the controversy.

The cartoon has come at a time when the Maratha community has been organising rallies all around the state to express outrage over the rape and murder of a girl from the community at Kopardi and press their various demands including quota in education and job.

The rallies have evoked huge response, compelling all political parties to take note the grievances of the community, a dominant force in the state.

However, dissatisfied with the cartoonist's explanation, the Congress said mere "apology" by cartoonist is not enough, and demanded that the newspaper's editor (Sena MP) Sanjay Raut be booked.

"The editor has hurt the religious sentiments of the Maratha community. The cartoon could not have been published without his consent. This means it was deliberately published to mock Maratha community," Congress leader Nitesh Rane said.

"There are various IPC sections which deal with such cases. The chief minister should give a free hand to the police to book Sanjay Raut and pacify the Marathas," he said.

The office of Saamana in Navi Mumbai was stoned on Monday, allegedly over the cartoon, which alluded to the "silent marches" being taken out by Maratha community.

A pro-Maratha outfit, Sambhaji Brigade, immediately claimed the responsibility for the attack.

While the Sena termed the attack as a "deliberate mischief" by some people to create rift, its ally BJP took objection to the cartoon and demanded public apology from the newspaper.

The opposition Congress and Nationalist Congress Party sought government action against the Sena mouthpiece for "hurting sentiments" of the community.

Meanwhile, Congress general secretary Sachin Sawant said Saamana is the mouthpiece of the Shiv Sena and the party has to apologise and not just the cartoonist.

"Not owning up mistake is not a wise thing. Such a cartoon could get published because of the anti-Maratha and anti-women mindset of the party," he charged.

Sawant said Shiv Sena cannot wash its hands off the controversy by getting only the cartoonist apologise.

NCP spokesperson Nawab Malik said a cartoonist can draw anything but those who publish it are equally responsible.

IMAGE: The office of Saamna in Sanpada, Navi Mumbai, on which three youth pelted stones on Tuesday. Photograph: ANI