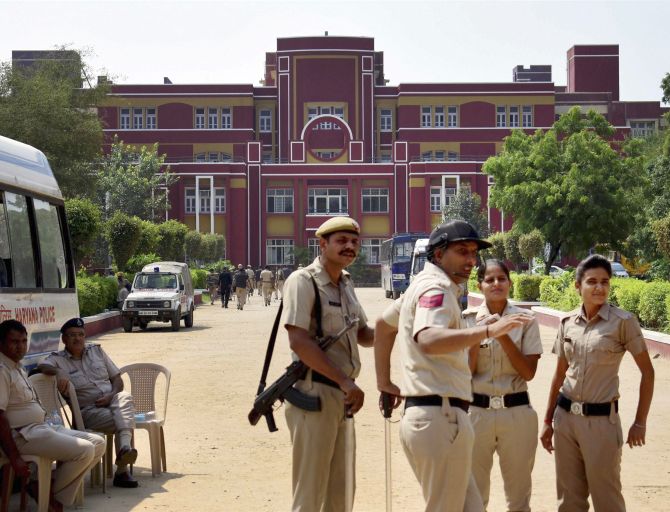 The Punjab and Haryana high court on Saturday granted interim bail to Ryan International Group Chief Executive Officer Ryan Pinto, and his parents, founding chairman Augustine Pinto and managing director Grace Pinto, in connection with the killing of a 7-year-old student in a Gurgaon school run by the group.

The court has also asked the Central Bureau of Investigation, which is probing the case, to submit a report in the matter on December 5.

"High Court Justice Surinder Gupta today granted interim bail to them (the three trustees) till December 5," said Arshdeep Singh Cheema, who along with Sandeep Kapur, appeared for the Pinto family.

They have also been asked by the court to join the investigation whenever called by the CBI, Cheema said.

"The CBI has also been asked by the high court to submit a report in this matter on December 5," said Cheema.

On September 28, the high court had stayed the arrest of the three trustees of the Ryan group, who had sought anticipatory bail in this case.

Ryan Pinto, and his parents had approached the high court on September 16, seeking anticipatory bail in connection with the student's killing.

Class 2 student Pradhyumn Thakur was found with his throat slit in a school washroom on September 8.

Schoolbus conductor Ashok Kumar was arrested in connection with the crime.

There was nation-wide outrage over the child's killing and allegations were levelled against the school management also.

On September 25, the High Court had impleaded CBI as a respondent in a petition seeking bail for the three Ryan International Group trustees.

The Haryana government had earlier recommended a CBI probe in the matter. The premier investigating agency took over the case on September 22.