Source: PTI
October 05, 2011 10:02 IST
India on Wednesday abstained from voting while Russia and China vetoed a United Nations Security Council resolution that threatened action against Syria if it didn't immediately halt a deadly crackdown on anti-regime protesters. Russia and China, both permanent members of the Security Council, vetoed the European-backed resolution, killing the draft. Apart from India, countries that abstained from voting were Brazil, Lebanon and South Africa.

Countries voting in favour of the resolution were Bosnia and Herzegovina, Colombia, France, Gabon, Germany, Nigeria, Portugal, the United Kingdom and the United States.

The 15 Security Council members have been negotiating different versions of a resolution for more than three months. The draft resolution condemned the violent crackdown by Syrian President Bashar Al-Assad's forces against pro-democracy protesters and demanded immediate end to the violence.

India's Permanent Representative to the UN Hardeep Singh Puri said that actions of the international community should facilitate an engagement of the Syrian government and the opposition in a "Syrian-led inclusive political process and not complicate the situation by threats of sanctions, regime change.

"The resolution under the Council's consideration does not accommodate our concern about threat of sanctions. It does not condemn the violence perpetrated by the Syrian opposition," Singh said.

He added that the resolution also did not place any responsibility on the opposition in Syria to abjure violence and engage with the nation's authorities for redressal of their grievances through a peaceful political process.

The draft resolution, co-sponsored by France, Germany, Portugal and the UK, had voiced deep concern over the recent violence in Syria and strongly condemned "the continued grave and systematic human rights violations and the use of force against civilians by the Syrian authorities."

Urging "all sides to reject violence and extremism," it called for "an inclusive Syrian-led political process conducted in an environment free from violence, fear, intimidation and extremism, and aimed at effectively addressing the legitimate aspirations and concerns of Syria's population."

The draft was "watered-down" from targeted financial sanctions against Assad and an arms embargo on Syria first proposed in August. The latest version called for the council to "consider" unspecified "measures" after a 30-day period.

Puri said given the "complexity" of ground realities in Syria, India believes that engaging the country in a "collaborative and constructive" dialogue is the only "pragmatic and productive" way forward. He added that India remains concerned at the unfolding events in Syria that have resulted in the deaths of hundreds of civilians and security force  personnel. "We deplore all violence irrespective of who its perpetrators are."

US Ambassador Susan Rice voiced outrage that the Council had not adopted the text and said those countries that had not supported it would have to answer to the Syrian people. She said it was a "ruse" to suggest that the resolution would lead to military intervention in Syria.

"The United States is outraged that this Council has utterly failed to address an urgent moral challenge and a growing threat to regional peace and security. Several members have sought for weeks to weaken and strip bare any text that would have defended the lives of innocent civilians from Asad's brutality," she said. 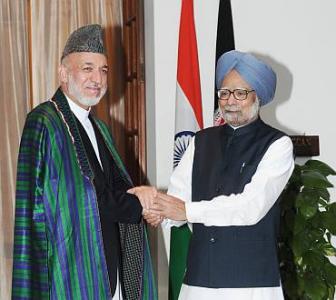