Despite hardships, rural India gives thumbs up to Modi govt on Covid

About 78 per cent respondents said they were also satisfied with the steps taken by their own state government, according to the findings of the survey. 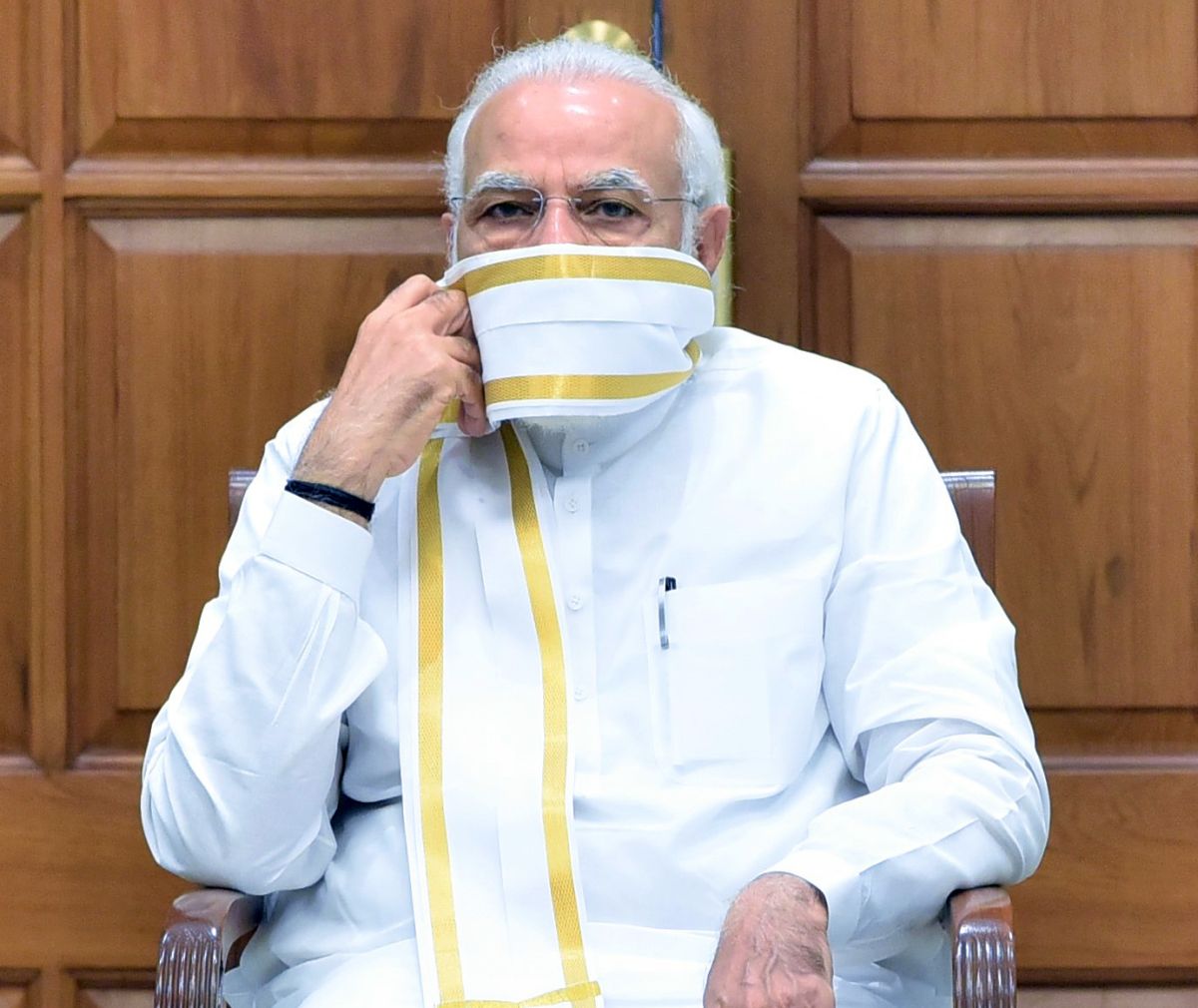 An overwhelming majority of rural Indians are satisfied with the steps taken by the Narendra Modi government as well as state governments to fight the COVID-19 pandemic, despite facing hardships that forced some to sell land, phones and watches, and take loans from neighbours to get by, according to a nationwide survey unveiled on Monday.

Seventy four per cent of rural Indians are satisfied with the steps taken by the Modi government to fight the COVID-19 pandemic, according to the "nationwide" survey of rural India by media platform Gaon Connection.

About 78 per cent respondents said they were also satisfied with the steps taken by their own state government, according to the findings of the survey.

A total of 25,371 respondents were interviewed between May 30 and July 16, 2020 during the exercise and all of them were main earners of their households, and thus primarily men, the Gaon Connection said.

The survey was designed and data analysed by the Lokniti-CSDS team at the New Delhi-based Centre for Study of Developing Societies.

It was carried out through face-to-face interviews following social distancing in 179 districts across 23 states and union territories by Gaon Connection Insights, the data and insights arm of the media platform.

On the margin of error in the survey, Sanjay Kumar, professor at CSDS, said: "If the entire sample had been selected using the probability sampling methods, the overall margin of error for a sample as large as this (25,300 respondents) would have been +/- 1 per cent at a 95 per cent confidence level."

"However, given that the sampled locations were not spread out evenly in most states/UTs and were selected by non-probability sampling methods owing to logistical and Covid-related issues, we are not in a position to provide reliable estimates of sampling error," he said.

The nationwide lockdown was first imposed by the Centre from March 25 for 21 days to check the spread of coronavirus and was subsequently extended.

According to the survey, the lockdown doesn't seem to have adversely impacted the perception of rural citizens about the Modi government at the Centre, or the governments in the states on the whole.

"For instance, on being asked whether the Modi government's attitude towards migrant workers during the lockdown had been good or bad, 73 per cent or over seven out of ten respondents interviewed in rural areas of the country said it had been good (29 per cent said very good and 44 per cent rated it as good)," the Gaon Connection said.

Only 23 per cent or around one of every four were of the opinion that the lockdown had been bad (9 per cent very bad and 14 per cent bad), it said.

The state governments on the whole were rated equally positively, in fact slightly more than the Centre, with 76 per cent describing their attitude towards migrants as good and only 20 per cent rating it as bad.

"Interestingly, respondents in BJP-ruled states were less impressed with the Modi government's and their state government's handling of the COVID-19 epidemic than those in many other states," the Gaon Connection said.

“Rural India has not been part of the national media narrative in the wake of the coronavirus crisis. This survey offers powerful insights into how rural India dealt with this crisis, and what it plans to do ahead – including questions like, will they return to cities? Will they change spending patterns?” said Neelesh Misra, founder of Gaon Connection.

According to the survey, about 23 per cent rural Indians borrowed money during the lockdown, eight per cent sold a valuable possession (phone, watch etc.), seven per cent mortgaged jewellery, and five per cent sold or mortgaged land.

It also found that 71 per cent ration card-owning households said they received wheat or rice from the government during the lockdown.

Of the 17 per cent citizens who do not own ration cards, only 27 per cent said they received wheat or rice from the government, according to the survey findings.

Twenty three per cent of the migrant workers returned home walking during the lockdown and over 33 per cent migrant workers said they want to go back to the cities to work, the survey showed.

"One in every eight rural households surveyed reported frequently having gone without eating food the entire day during lockdown due to lack of money and resources," the Gaon Connection said.

Only 20 per cent respondents said they got work under MGNREGA in the lockdown, according to the survey.

Chhattisgarh reported the highest percentage of such households at 70 per cent followed by Uttarakhand (65 per cent) and Rajasthan (59 per cent). Gujarat and UTs of Jammu & Kashmir-Ladakh reported the lowest work under MGNREGA at 2 per cent and 4 per cent, respectively, according to the survey.

More than 68 per cent rural Indians faced “high” to “very high” monetary difficulty during the lockdown, the survey findings said.

According to the survey, 42 per cent of the households with pregnant women said these women did not get pregnancy check-ups and vaccination during the lockdown. The lowest percentages were in West Bengal (29 per cent) and Odisha (33 per cent).

Seventy one per cent surveyed households reported a drop in total monthly household income during the lockdown months compared to pre-lockdown months, according to the survey.

The poor were the hardest hit -- 75 per cent poor families and 74 per cent lower class households suffered a fall in income during the lockdown, according to the survey.

It also found that only nine per cent of rich rural households, who do not own a car, to be thinking of buying a car in the coming months.

Similarly, only 14 percent of non-bike owning rich households plan to buy a bike in the next five to six months, the survey found.

More than half the farmers managed to harvest their crops in time in the lockdown, but only one fourth could sell them on time.

“The Rural Report” by Gaon Connection is the first set of national insights that document the post Covid impact on livelihood, income, debt, perception towards governments, consumption patterns and future plans, the Gaon Connection said, adding that full details are available at www.ruraldata.in.

The surveyed union territories are Jammu and Kashmir, Ladakh and the Andaman and Nicobar Islands.