If winner's election quashed, No 2 can't take over: Delhi HC

The quashing of the election of a winning candidate in a poll would not automatically result in declaring the person who got the second highest number of votes as elected, the Delhi high court ruled on Tuesday.

The verdict was delivered on a petition filed by a Congress candidate in Delhi whose election as a councillor was set aside and his rival from the Bharatiya Janata Party was declared elected by the lower court.

Justice S Muralidhar, who pronounced the verdict, held that the consequence of quashing the election of a councillor for not providing all the requisite documents with the nomination paper, would not automatically invite the runner-up for the post and the seat has to be declared vacant.

"A perusal of the provisions (in Delhi Municipal Corporation Act and Representation of People Act) would show that the consequence of the declaration of an election as void does not automatically result in the declaration of the challenger as elected," the court said.

"In a multi-cornered contest like the present one, this obviously is not a simple exercise. There has to be evidence to show that if the elected candidate is out of the fray as on the date of the poll, then the challenger would have obtained majority of the votes," the court said.

The court asked the state Election Commission to immediately declare Ward No 78 of Majnu-Ka-Tila in north Delhi as vacant and directed the councillor, Satish Kumar of the BJP, to forthwith cease to function.

The court passed the order on an appeal filed by Congress candidate Vikas whose election was quashed by the Additional District Judge in 2008 and in his place Satish Kumar was declared as winner.

Challenging the lower court order, advocate Tariq Siddqui, appearing for Vikas, contended the order was bad in law and should be set aside.

The high court upheld the declaration of his election as null and void but set aside the order of the ADJ declaring the opponent as the winner from the ward.

"In a situation like the present one, there is no evidence at all to come to the conclusion that if Vikas had been kept out of the fray through rejection of his nomination paper, a majority of the electors would have voted for Satish. In the absence of any such evidence, it was not possible for the learned ADJ to have concluded that Satish should be declared as the elected candidate," the court said.
Source: PTI© Copyright 2021 PTI. All rights reserved. Republication or redistribution of PTI content, including by framing or similar means, is expressly prohibited without the prior written consent.
Related News: Bharatiya Janata Party, Vikas, Satish Kumar, Delhi HC, ADJ
SHARE THIS STORY
Print this article
ICL cannot sue BCCI in UK courts: Delhi HC
Nine pugilists in Asian C'ship boxing semis
MAMC rape case: Delhi HC upholds lifer for convict 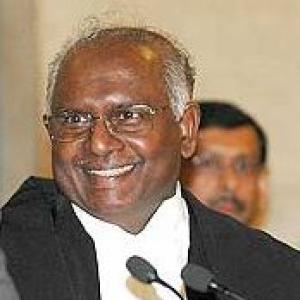