President Pratibha Patil has approved the award of Sarvottam Jeevan Raksha Padak for Rukhsana Kosser, the Jammu girl who braved the bullets of Lashkar-e-Tayiba militants and killed one of them to save her family.

The other name approved by the President for the award is of Delhi's Narender Kaushik who will be given this medal posthumously for showing 'conspicuous courage in saving life under circumstances of very great danger to the life of the rescuer,' a home ministry spokesperson said in New Delhi on Friday.

22-year-old Rukhsana, along with her sibling, overpowered the LeT terrorist, snatched his rifle and fired at him, killing him on the spot and injuring another at Kalsian village, about 217 km from Jammu on the night of September 27 last year.

The name of Rukhsana, who is now a Jammu and Kashmir police officer, has been recommended by state Governor N N Vohra for the award.

Seven persons whose names have been approved by Patil for Uttam Jeevan Raksha Padak include Syed Areef Sujauddin, from Andhra Pradesh, Umman Antony from Kerala, Rajan Kamble from Maharashtra, all posthumously, besides Mushtaq Ahmed and Ajaz Ahmed from Jammu and Kashmir, Karambir Singh Kang from Maharashtra and Prachi Santosh Sen from Madhya Pradesh. 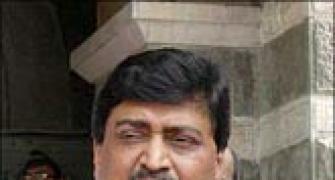 How govt plans to make Mumbai a global finance hub