A special Central Bureau of Investigation Court on Thursday rejected the bail application of Zahida Parvez, the main accused in the 2011 murder of RTI activist Shehla Masood.

Special Judge Anupam Srivastava, who heard arguments of defence counsel A J Bhojwani and Senior Public Prosecutor Hemant Shukla, dismissed the bail plea after about an hour- long proceeding given the serious charges levelled against Zahida, who is an architect by profession.

Rejecting the defence counsel's argument seeking relief on the ground Zahida has got two minor daughters to take care of and that she had already spent six months in jail, the Judge said "It is not necessary to give benefit of bail to Zahida because she was a working lady and a qualified architect."

Upholding the prosecution's contention to deny bail to her, the court said there was an allegation on record that Zahida paid an amount of Rs 3 lakh personally to co-accused Shaquib Ali as a consideration for carrying out the killing.

"Due to love and affection for someone, she (Zahida) never mentioned the names of her daughters or family members in her personal diary (in which she used to regularly make entries and which is now in CBI custody)," the Judge said, apparently making a reference to the agency's argument that she neglected her children.

Zahida filed the application on August 10 and sought bail on the ground that she has to be at home to take care of her family members, including minor children.

Her counsel Bhojwani submitted that under the law an under trial could be given bail unless there are strong reasons to believe that once released, she/he may flee or distort and destroy evidences.

"In Zahida's case, the evidences are documented and are lying with the prosecution... she has got immovable property in Bhopal... and she is in jail for the last six months...has two minor daughters who need her personal care," Bhojwani argued. 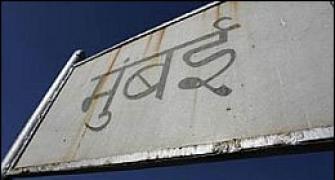 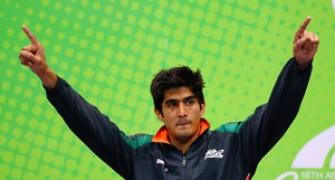 Hooda takes a jibe at Vijender at a function