Shortly after being removed from all positions in the Congress on Saturday, Haryana MLA Kuldeep Bishnoi slammed the party, saying it has "rules for some leaders and exceptions for others". 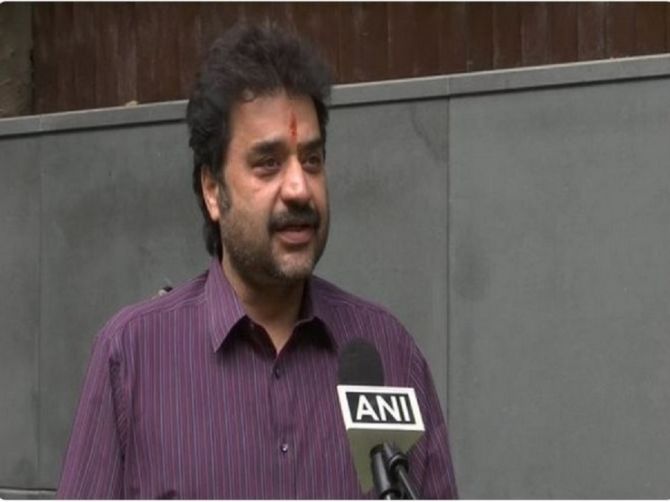 A day after he cross-voted in the Rajya Sabha polls, Bishnoi also said that he listened to his soul and acted on his conscience.

Congress nominee Ajay Maken failed to secure a Rajya Sabha berth after one of the party's MLAs, Bishnoi, cross-voted, while the vote of an MLA was declared invalid.

After Congress leaders sought action against Bishnoi, the party president expelled him from all party positions.

"The Congress president has expelled Kuldeep Bishnoi from all his present party positions, including the post of special invitee of the Congress Working Committee, with immediate effect," a statement from All India Congress Committee general secretary KC Venugopal said.

Later, Bishnoi took to Twitter to take on the Congress and said, "The Congress also has rules for some leaders and exceptions for others. Rules are applied selectively. Indiscipline has been repeatedly ignored in the past. In my case, I listened to my soul & acted on my morals."

"Had the Congress acted this swiftly and strongly in 2016 and on every other critical opportunity they've missed, they wouldn't have been in such dire straits," he said in another tweet.

The Adampur MLA also uploaded the Congress' statement on his expulsion from all party positions on his Twitter handle.

In a jolt to the Congress, the BJP's Krishan Lal Panwar and the saffron party-backed Independent candidate Kartikeya Sharma were declared elected for the two Rajya Sabha seats from Haryana.

Bishnoi on Saturday said in a cryptic tweet in Hindi, "I know how to crush a snake's hood. I do not leave the jungle in fear of snakes."

Bishnoi has been sulking over not being considered for a post during the revamp of the Congress' Haryana unit.

The Rajya Sabha results have come as a setback for former Haryana chief minister Bhupinder Singh Hooda, as the party had recently replaced Kumari Selja as its state unit chief with his loyalist Udai Bhan.

"I can say that he must have voted after being influenced by the policies and achievements of the Modi government. He did not bother about what action the Congress will take... I congratulate him," Khattar said.

"The party will welcome him if he joins it," he had said.