A Rajya Sabha Secretariat official tested positive for COVID-19 on Friday, the fourth such case reported in the Parliament complex so far, sources said in New Delhi.

Out of the four, three were found to have contracted the infection after Parliament resumed operations on May 3 when Lockdown 2.0 ended and were on duty.

The director-level officer, who attended work on May 28, was found positive for the infection along with his family members, they said.

Two floors of the Parliament's Annexe building have been sealed, the sources added.

This is the second case of an official posted in the building testing positive for the infection.

Earlier, an official of the Lok Sabha Secretariat working in the editorial and translation services department was found positive for COVID-19.

The first employee posted at Parliament to test positive for the virus was a housekeeper, who had been at home since the Budget Session was adjourned on March 23, the sources said, adding that the other one was a security official.

After the Lok Sabha Secretariat official contracted the disease, the authorities had sanitised the entire premises on the building before resuming operations and continued to take all precautions thereafter.

Employees are now allowed to enter Parliament only after proper screening.

All vehicles are also sanitised before entering the complex.

The sources suggested that there have been a few symptomatic cases of coronavirus among employees working in different secretariats and branches at Parliament and its adjoining buildings.

Government buildings in the vicinity of the Parliament complex such as Krishi Bhawan, Shastri Bhawan and NITI Aayog, which have offices of several ministries and ministers, were sealed for a day or two following the detection of COVID-19 cases there. 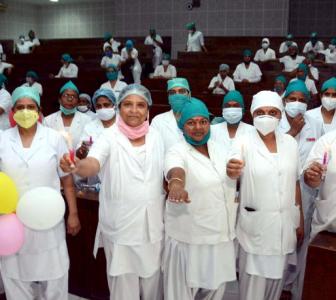 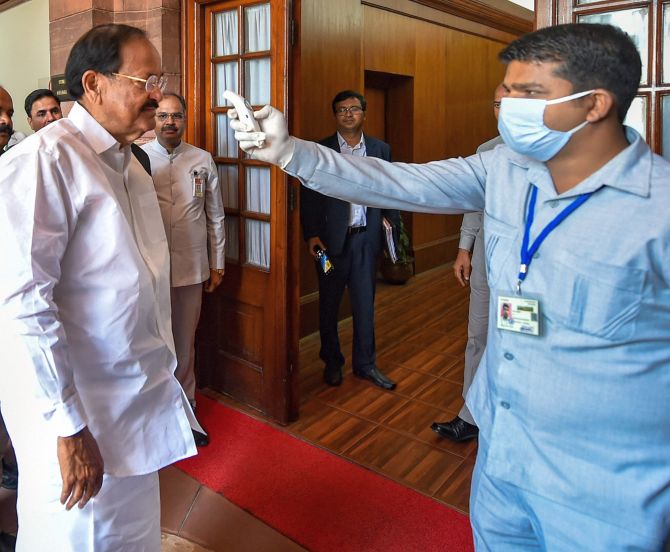