Rajya Sabha Deputy Chairman Harivansh on Wednesday broke his one-day fast, which he had started on Tuesday to protest the unruly behaviour towards him by some Opposition members during the passage of agriculture Bills in the Upper House on September 20. 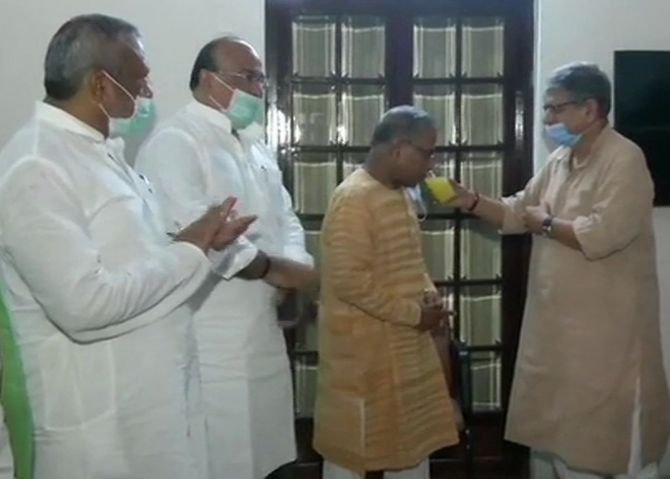 "Harivansh ji was on fast for 36 hours. He had not eaten anything since Monday night. He was following his duty as Deputy Chairman of Rajya Sabha. There is a fixed procedure for everything in democracy and everyone has the right to raise his/her concerns under rules. If the Opposition or anyone else thinks that they can do whatever they want to do, it is not possible. If that happens that it will be anarchy," Singh said.

Singh further said that the MPs who were suspended from the Rajya Sabha should think about the conduct of the Deputy Chairman, whose decision to go on a fast displayed sign of greatness.

"In which rulebook is it written that you can threaten the Deputy Chairman and throw papers on him. The suspended MPs need to introspect about this. The gesture by the Deputy Chairman to visit and bring tea to the MPs while they were protesting, reflects his greatness," he added.

Harivansh on Tuesday observed a 24 hour-long fast hoping that it will lead the MPs who had behaved in a unruly behaviour towards self correction.

Harivansh had also written to President Ram Nath Kovind and Vice-President Venkaiah Naidu saying protests in the Upper House on September 20 by the Opposition leaders during the passage of the two bills on Sunday caused him pain, stress and mental tension.

The Deputy Chairman also mentioned that the sight of Opposition leaders getting up on the table of the officials of the House, raising unparliamentary and crude slogans and the violent behaviour has stayed with him.

Venkaiah Naidu, who is also the Rajya Sabha Chairman on Monday rejected the no-confidence motion moved by the Opposition against Harivansh saying that it is "not admissible under the rules".

The Opposition parties had submitted a no-confidence motion against the Rajya Sabha deputy chairman after he overruled opposition pleas for postponing Agriculture Minister Narendra Singh Tomar's reply to the debate on the two farm Bills till Monday since the sitting time scheduled of the House was over. 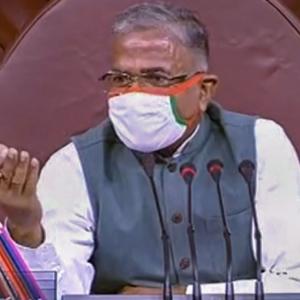