A row has erupted over a portrait of Netaji Subhash Chandra Bose which was unveiled by the President at Rashtrapati Bhavan, with people on social media stating that the artwork is that of an actor who played him in a biopic. 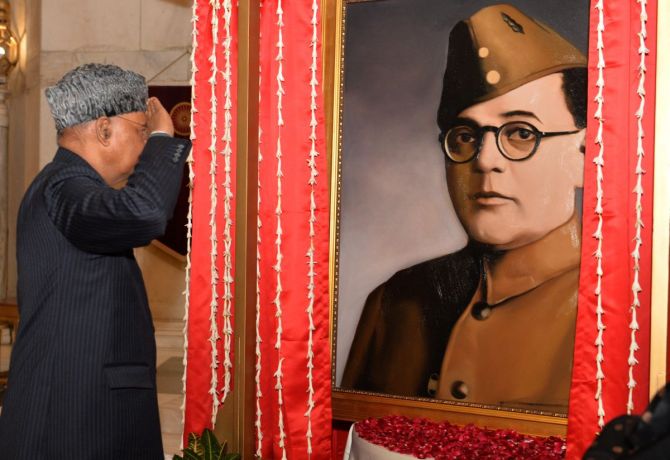 President Ram Nath Kovind unveiled Netaji's portrait on Saturday to mark his birth anniversary, named "Parakram Diwas" by the Centre. A post on his timeline has gone viral with users saying the portrait is not that of Netaji at all, that it is actually of Prosenjit Chatterjee, who played Netaji in the 2019 biopic "Gumnami".

Terming the issue as "fake", the central government clarified that the portrait of Netaji Subhas Chandra Bose in Rashtrapati Bhavan is based on an original photo of the freedom fighter. "Shows how the entire debate is fake and based on poor research," the government said.

Among those who ridiculed the portrait was Trinamool Congress MP Mahua Moitra, who tweeted: "After donating ₹ 5 lakhs to the Ram temple the President honours Netaji by unveiling a portrait of Prasenjit, the actor who played him in biopic God Save India (because this government certainly can't)." She has now deleted the tweet.

Another Twitter user wrote, "This is unbelievably hilarious. The Portrait that President of India Unveiled, it is is of Actor Prosenjit who played role of Netaji (Look at Eyes). That’s like unveiling Portrait of Ajay Devgan as Bhagat Singh."

Actor Richa Chadha too chimed in, writing, "Sir, he is the famed actor Prosenjit playing Netaji and not Netaji himself." 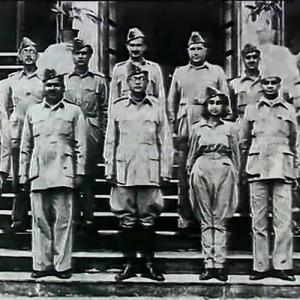