RJD to go along with Sonia's choice: Lalu

Source: PTI
June 14, 2012 15:11 IST
Congress president Sonia Gandhi will have the final say on the selection of the next President of the country and the Rashtriya Janata Dal will go along with her choice for the top post, its chief Lalu Prasad said on Thursday.

"Soniaji will have a final say over selection of the Presidential candidate, irrespective of the names being floated by various quarters, including Samajwadi Party chief Mulayam Singh Yadav and Trinamool Congress head Mamata Banerjee," he told reporters.

"RJD and other UPA (United Progressive Alliance) partners will support whosoever the Congress president decides to name as its candidate for the President's post," he said and advised Gandhi to finalise the nominee and consult with the alliance partners and opposition parties to evolve a consensus.

Prasad asked the Opposition to not seek political advantage from the prevailing confusion over the Presidential candidate.

"The choice of BJP (Bharatiya Janata Party) or the NDA (National Democratic Alliance) will never become the next President," he said, referring to the lack of numbers of the opposition alliance at the Centre.

"Mulayam and Mamata have given the names of their candidates for the Presidential polls, but they will never vote for the NDA candidate," the RJD leader claimed. 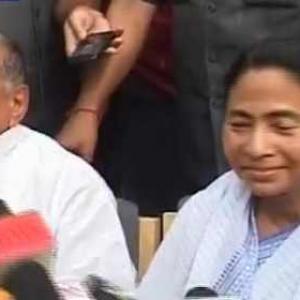