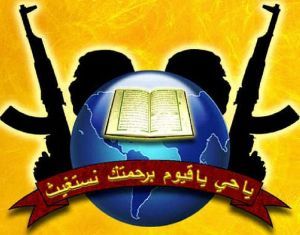 Indian Mujahideen co-founder Riyaz Bhatkal not only used to send funds for terror acts across the country but also regularly provided money to families of the jailed and absconding operatives of the banned outfit, the NIA has told a special court in New Delhi.

This was stated by the National Investigation Agency in its supplementary charge sheet filed against 20 suspected IM men, including its absconding top leaders Riyaz Bhatkal and Iqbal Bhatkal, in connection with a case of larger conspiracy of the group to carry out terror activities across India.

"Investigation has established that in pursuance of the conspiracy, accused A-10 (Riyaz Bhatkal) regularly sent funds for terrorist activities and also for daily subsistence needs to other IM operatives," the agency said.

“Money was also regularly sent to the jailed IM operatives and to the families of jailed or absconding IM operatives,” it said.

The NIA claimed that Pakistan-based Riyaz Bhatkal had earlier asked arrested IM India chief Yasin Bhatkal to establish contacts with Maoists in Nepal for supply of arms for terror activities in India.

"Acting on the directions of Riyaz Bhatkal, accused A-6 (Yasin Bhatkal) tried to establish contact with the Maoists in Nepal for arms supply. Riyaz had also told A-6 (Yasin) that he has been trying to establish some contact for procuring weapons from Kashmir," the agency said.

Out of the 20 accused named by the NIA in its charge sheet, 17 have not been arrested yet while three othersuspected IM men Tehsin Akhtar, Haidar Ali and Zia-ur-Rehman are in judicial custody in connection with the case.

The NIA had earlier filed two charge sheets in the case against nine suspected IM operatives, including Yasin Bhatkal and his close aide Asadullah Akhtar alias Haddi, who were both arrested by the agency on August 28, 2013.

All these accused have been chargesheeted for offences punishable under various sections of the IPC, including 120-B (criminal conspiracy), 121 (waging war against the country), 121-A (conspiracy to wage war) and the Unlawful Activities (Prevention) Act.

In its supplementary charge sheet, the NIA said IM operatives wanted to create a situation in India similar to the one prevailing in Iraq and Syria.

It also claimed some of the suspected IM men had wanted to be sent to Syria with other jihadis.

The NIA is probing the alleged roles of 33 suspected IM men in the case out of which 29 have been chargesheeted.