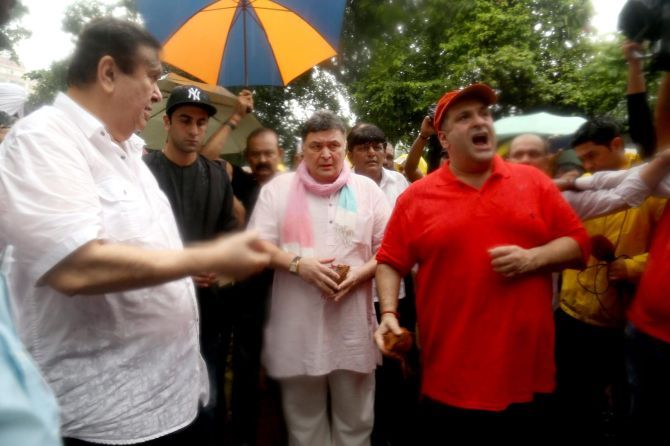 In the purported video doing the rounds online, Randhir is seen 'slapping' a reporter, who seems to be approaching him for an audio byte, while Rishi is 'pushing' a man who approaches him for a selfie. It is not clear, however, if he was from the media or just a fan.

The Kapoors were on their way to immerse the family's Ganesh idol, installed at R K Studios at Chembur, in the sea near Shivaji Park in Dadar, Central Mumbai.

The Kapoor family members, including Randhir, Rishi Kapoor, Rajiv and Ranbir, chose to walk till Dadar from Chembur for immersion.

According to sources, when the media asked the Kapoor family to pose and give bytes, Rishi apparently lost his cool and pushed a senior TV channel reporter and allegedly slapped two photographers.