Remembering the 'bhoodan movement' of 1951 in Delhi

In the absence of a bhoodan (gifting land to the landless) act, bhoodan land has become disputed in many regions of Bihar, Jharkhand and Chhattisgarh.

The community hall at Delhi's Gandhi Smriti, Tees January marg was packed with a generation of Gandhian followers, clad in white kurta and pyjamas on Sunday. They had all gathered to felicitate 'bhoodani's- people who had gifted their lands to the landless and harijans in the early 1950s, and which, in a way, started the 'bhoodan movement'.

Social reformer Vinobha Bhave initiated the bhoodan movement in 1951, urging landlords and people who owned land to give away, gift their lands to the landless. Sixty years later, descendents of the earliest bhoodani's were felicitated in this function.

A retired veterinary professor from Andhra Pradesh University, Dr Sudhir Chandra Reddy was one among the 38 bhoodani's at the function. His father late Vedere Ramachandra Reddy was the first person to have gifted land to the landless.

Reddy remembered how soon after his grandfather died in March 1951, his father resigned from his job as a deputy collector, and returned to their village to take care of the family and the about 3,500 acres of land that the family owned. A couple of weeks later, Vinobha Bhave visited their village Pochampally. As an eleven-year-old at that time, Dr Sudhir Chandra Reddy vividly remembers the elaborate arrangements made for the visit.

"Just before entering our village, forty harijan families had requested Vinobhaji to give them two acres of land each. In all humility, Vinobhaji said he will talk about it with the government," recalls Dr Reddy. "When Vinobhaji, my father and the rest met at a gathering in our village later, Vinobhaji merely asked everyone how to resolve the harijans' request.

He had not planned the bhoodan movement in advance. It just happened. My father stood and offered to give 100 acres of land to the harijans. Vinobhaji could not control his tears and hugged my father," says Dr Reddy.

The gift initiated a wave of bhoodans and many across the country gifted their lands in the subsequent years. In the next five years, Vedere Ramachandra Reddy himself gifted about 800 acres of his land, and is now remembered as Vedre Ramachandra Reddy Bhoodhan.

Many other bhoodanis had similar tales to tell about 'giving away' their land to the needy, to the landless and for a good cause. Sadhana Singh Naini's grandmother had given her land in Mahasamund district in Chattisgrah in 1951 during the bhoodan movement. It now houses a primary and a middle school with about 400 students.

But the bhoodan movement, which had gained much momentum in 1951 and stayed active for the next five years or so, clearly subsided by the late 1950s. By then, very few people were willing to gift their lands. And those few like Dr Sudhir Chand Reddy, who had witnessed the bhoodan movement and many others who had heard about it, often from their fathers and forefathers, speak of how 'humanity and good wellness has died.'

Dr Reddy has been struggling to get safe drinking water in Pochampally mandal, which reported has high chloride content. "I have been struggling to get better transport system in my village, but the government does not listen. My father was the first bhoodani, Pochampally is a historical place where the first bhoodan took place. Yet, basic needs like safe drinking water and transport is not met," he says.

"There is a Vinobha mandir in our village, the place where Vinobhaji stayed when he visited Pochampally; the mandir is in shambles, but nobody listens. We were promised that a postal stamp to honor my father would be released, but nothing has happened for the last ten years. I am returning from here a disappointed man," he says.

Also, many bhoodanis claimed land has not been legally transferred to the people who had received bhoodan. In other cases, people have complained that those who received bhoodans sold off their lands. In the absence of a bhoodan act, bhoodan land has become disputed in many regions of Bihar, Jharkhand and Chhattisgarh. 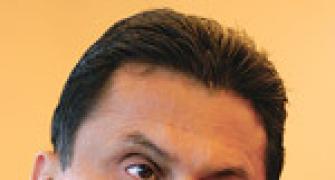