Rejected in India, Finmeccanica sells its choppers to Pak

Pakistan has signed a deal with Italy-based aerospace giant Leonardo-Finmeccanica for purchasing an undisclosed number of helicopters for search and rescue operations. 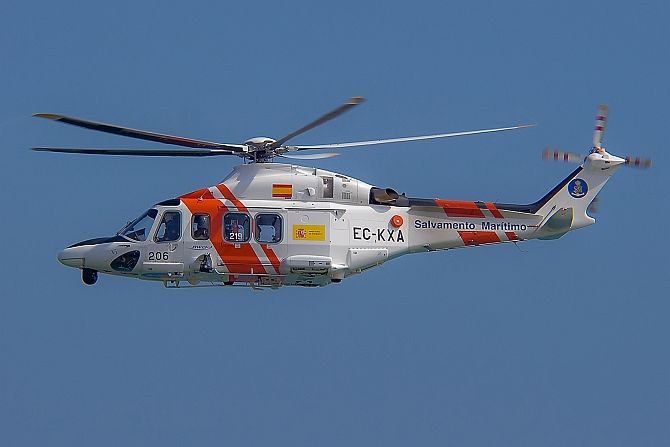 The contract for the AgustaWestland AW139 helicopters was signed in Islamabad in the presence of Italy's Ambassador to Pakistan Stefano Pontecorvo, the company said in a statement.

The Express Tribune reported that the contract is part of a fleet renewal programme spread over several batches and includes a logistic support and training packages.

Deliveries of the AW139 helicopters, which will be used for search and rescue duties, are expected to begin in 2017.

Pakistan already operates 11 AW139 helicopters, five of which are used by the government for civil protection and transport tasks.

The AW139 is a 15-seat medium-sized twin-engined helicopter used by some 38 countries in a variety of roles such as law enforcement, search and rescue, emergency medical services, disaster relief, maritime patrol and fire-fighting. The aircraft has a service ceiling of around 20,000 feet which allows it to be used for high-altitude rescues.

The Italian major is currently facing a barrage of negative publicity in India, where it has been accused of bribing politically powerful leaders in the former United Progressive Alliance government, to bag an order for a dozen VVIP helicopters.

Though India is yet to blacklist Finmeccanica, the parent of AgustaWestland, the ministry of defence has, however, initiated the process by sending all the documents obtained by it on the Rs 3,600-crore VVIP chopper scam for legal vetting.

“The blacklisting process has now started because the Italian court has clearly declared that there is a crime, and a bribe has been given. So, there are enough documents with us and we have sent the file for legal vetting on the decision,” Defence Minister Manohar Parrikar told media persons.