News
Business
Movies
Sports
Cricket
Get Ahead
Money Tips
Shopping
Sign in  |  Create a Rediffmail account
Rediff.com  » News » Know how much money your MPs spend on your welfare

Know how much money your MPs spend on your welfare

Members of Parliament Local Area Development Scheme (MPLADS) was formulated by the government of India in 1993. Under the scheme money is allotted to MPs to spend, as they see fit, on public works in their constituencies.

Under MPLADS, the role of the MPs is limited only up to the recommendation of works. Thereafter, it is the responsibility of the district authority to sanction, execute and complete it within the stipulated time period.

Each constituency is entitled to get Rs 20 crore during the period of five years.

Rediff Labs analysed the data on MPLADS to see how the money given to each constituency was spent.

The above map shows the amount (in crores) recommended by MPs for various works in their constituencies during 2014-2018, ie the current Lok Sabha.

For example, in Hajipur, Bihar the amount recommended by the MP was around Rs 67 crore, while the amount sanctioned by the district authority was Rs 23 crore.

Whereas in other constituencies, the amount recommended by the MP was much lesser than the entitled amount. For example, in Alwar , Rajasthan, the MP recommended around Rs 34 lakh for various development works, while the constituency is entitled to a maximum of Rs 20 crore.

The above map shows the percentage of expenditure incurred by district authorities since 2014. This percentage helps us understand how much of the sanctioned amount was spend on works recommended under MPLADS.

The above map shows us the overall focus of a particular state and how much each state spends on different sectors like education, drinking water facility, health and family welfare, electricity and irrigation under MPLADS. 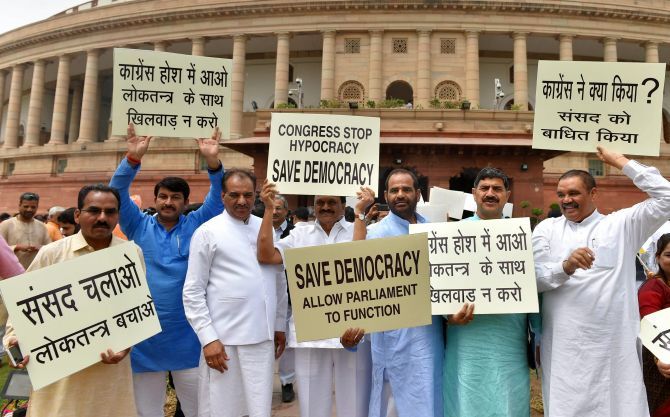 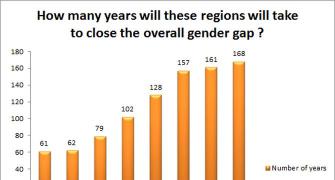 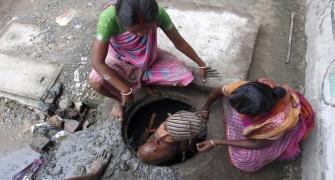 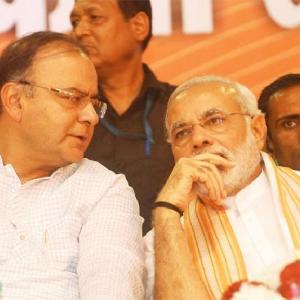 Government to use Finance Bill for leeway in spending