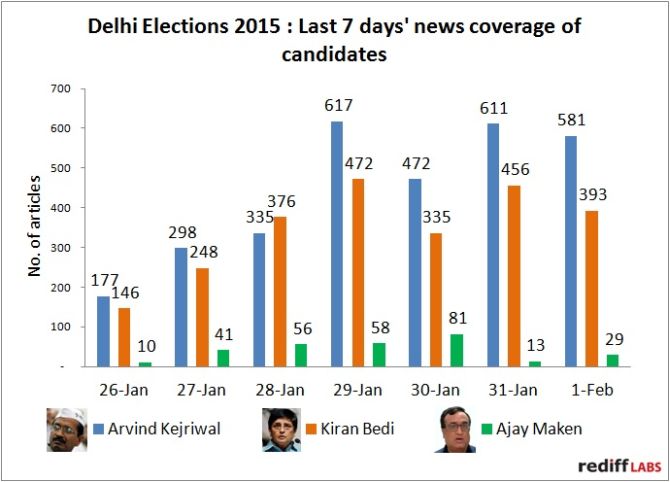 The nation’s capital will be going to polls on February 7 and ahead of the assembly elections, Rediff Labs analyses the media coverage the candidates have received.

To measure the media buzz created by the candidates from leading parties contesting the 2015 Delhi elections the Rediff Labs team analysed news articles reported by over 30,000 media sources.

The graphic above shows the number of articles that mentioned each of the candidates hoping to occupy the position of CM in Delhi.

In the week starting January 26, 2015, Arvind Kejriwal of the Aam Aadmi Party topped the media charts followed closely by BJP’s Kiran Bedi. Congress’s Ajay Maken has been a distant third in terms of press coverage throughout the last seven days.