India slipped 21 places on the World Economic Forum’s Global Gender Gap index to 108, behind neighbours China and Bangladesh, primarily due to less participation of women in the economy and low wages.

Moreover, India’s latest ranking is 10 notches lower than its reading in 2006 when the WEF started measuring the gender gap.

Global Gender Gap index is defined as the framework for capturing the magnitude of gender based disparities and tracking their progress over time.

World Economic Forum ranks 144 countries in its Global Gender Gap Index to see how they compare on four pillars: Economic participation and opportunity, education, political empowerment, and health and survival.

The rankings are designed to create global awareness of the challenges posed by gender gaps and the opportunities created by reducing them.

For the first time since the World Economic Forum’s records began in 2006 the global gender gap is widening again.

The map below shows you the Global Gender Gap rank 2017 for 144 countries.

The countries which took the top places are Iceland, Norway, Finland, Rwanda, and Sweden while Yemen, Pakistan, Syria, Chad and Iran have taken the lowest places.

In 2016, India was ranked 136 for economic participation and opportunity, 113 for educational attainment, 142 for health and survival and 9 for in political empowerment.

In 2017, India is ranked 139 for economic participation and opportunity, 112 for educational attainment, 141 in health and survival and 15th in political empowerment.

From 2016 to 2017 there are countries whose ranks have highly increased and decreased.

Ranks of countries like Uruguay, Peru, DomincanRepublic, Bangladesh and Albania have highly increased.

On the other hand, Cape Verde, Malawi, Italy, Luxembourg, Laos, and India have highly decreased from the previous year’s ranking.

Overall in the world the gender gap is widening again.

Under the economic pillar which looks at salaries, workforce participation and leadership has one of the fastest growing gaps.

Women across the world are still earning less than men by a large amount.

The WEF says that the economic gender gap will now not be closed for 217 years.

The below charts shows the world regions and number of years needed for that particular region to close the gender gap. 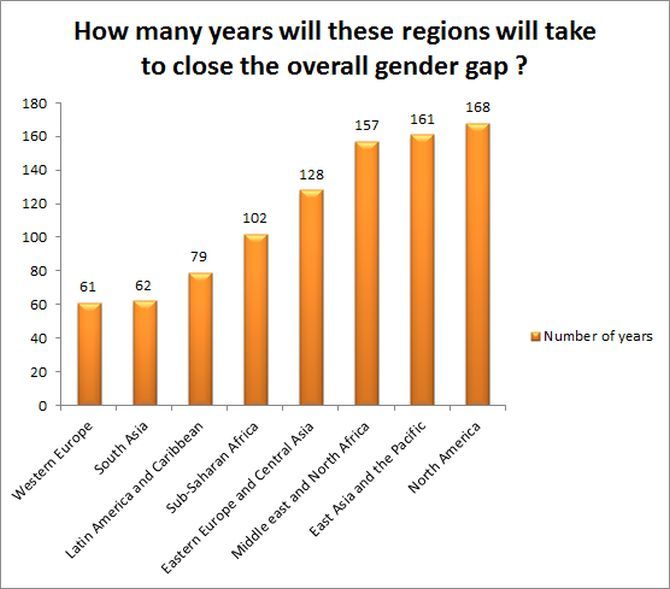 When the whole world is fighting for lot of necessary issues let gender parity be also included in that list.

When the gender gap increases in it will affect the GDP, healthcare of the country.

When every one of us think in our mind that men and women are equal in this world let’s make some effort to make it come true and close the gender gap once and for all. 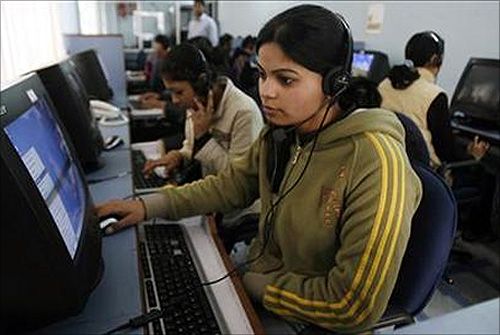