Killing the messenger: Over 90 journalists were killed in 2018

According to the records, Asia Pacific had the highest killing tally with 32, followed by the Americas with 27 killings, and the Middle East and the Arab World recording 20 cases

The year 2018 has seen some amazing works of journalism; from how Facebook sold data to how journalists in Kashmir went about their work despite facing threats.

But it also was a time of savage attacks on journalists.

As many as 94 journalists and media staff were killed in work-related incidents around the world last year, according to the International Federation of Journalists.

The new death toll marks a slight increase, up from 82 killings recorded the previous year and represents a reversal of the downward trend from the last three years.

In its 29th list released on the last day of 2018, the IFJ — which represents more than 600,000 journalists in 146 countries — said that last year’s roll call of loss of lives to violence included 84 journalists, cameramen, fixers and technicians who died in targeted killings, bomb attacks and cross-fire incidents. It added that 10 other media staff members who worked as drivers, protection officers and a sales assistant also lost their lives.

According to IFJ’s list for 2018, armed conflict and militant extremism accounted for most journalists’ killings in countries like Afghanistan, Syria and Yemen, while there was a steep drop in violence against journalists in Iraq since armed groups lost ground in the country.

According to the records for 2018, the Asia Pacific had the highest killing tally with 32, followed by the Americas with 27 killings, and the Middle East and the Arab World recording 20 cases. Africa comes fourth with 11 killings before Europe with four. 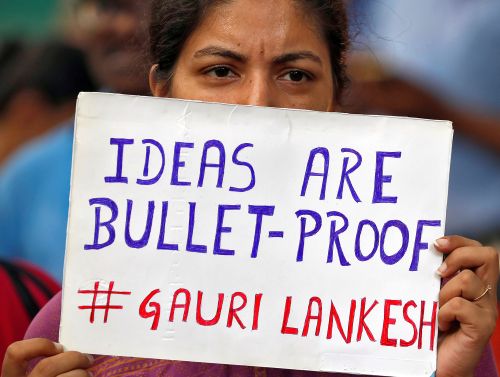