As the temperature rises, the water level decreases and because of mismanagement, a lot of water goes waste.

Even though there are a lot of efficient ways to save water, like rainwater harvesting, but their implementation is questionable. With the onset of monsoon, Rediff Labs analyses the current storage departure of water in 91 reservoirs across the country.

The data shown in the above map is taken from Central Water Commission. The size of the circle represents the full reservoir level. The colour of the circle shows the departure from the average of last 10 years.

Close to normal level is available in west-flowing rivers of south.

The Indus and rivers of Kutch are water deficient, while Cauvery and neighbouring east-flowing rivers and Krishna basin are highly deficient.

One part of India has good access to water, while the other part suffers from water shortage. Is it because people fail to save water or because of incorrect implementation of government schemes in that part of the country? 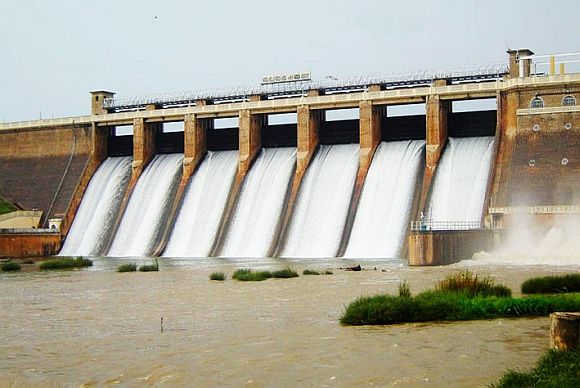