'Red Austin knew more about the Constitution than most Indians'

'His death leaves a void in the hearts of all those who care about India and its great experiment with rule by the people.'

'He was one of the last of the generation of American scholars on India who got their start during Nehru's India, and whose views really took shape in that period.' 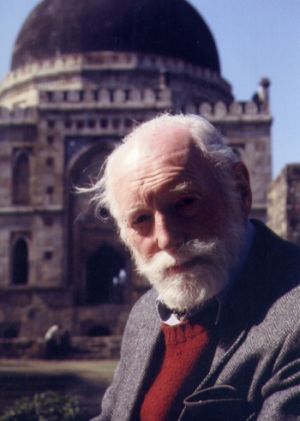 Friends, family, colleagues who had been mentored by Granville 'Red' Austin, the American who gave India perhaps one of the best accounts of the development and working of its Constitution, were mourning his demise and reminiscing about how his scholarship and research were catalytic in the progress of their own careers and understanding of India.

Austin, who wrote the seminal book, The Indian Constitution: A Cornerstone of a Nation (1966) and followed it up with Working a Democratic Republic: The Indian Experience (1999), was awarded a Padma Shri in 2011, died on Sunday, July 6, at his home in Washington, DC. He was 87.

Former Indian law secretary T K Viswanathan -- a longtime friend of Austin, now an adviser to President Pranab Mukherjee -- who was visiting the United States to meet with Austin, found himself attending his memorial and offering condolences on behalf of Mukherjee and the people of India.

In interviews with Rediff.com, a cross-section of veteran experts on India and South Asia spoke nostalgically about their decades of interactions with Austin. They spoke about how they had benefited from his friendship and knowledge that had been invaluable in their understanding of India in all of its facets.

Professor Stephen P Cohen, Senior Fellow at The Brookings Institution and one of this DC think- tank's top experts on India and the subcontinent, said, "He was able to combine two careers -- that of a diplomat and a first-rate scholar -- producing two important books that are still of great value."

"Just as important, Red was willing to share his experience and knowledge with others, and he was of great help to me when I joined the State Department. I used his books regularly in my own research," Cohen, who served in the Policy Planning Bureau during the Reagan administration, said.

Another legendary professor on India, Susanne Hoeber Rudolph, spoke of how Granville Austin "played a special role in understanding the political and legal foundations of the Indian Constitution."

Austin "forced the rest of us to consider the role developing countries' particular economic conditions are playing in their constitutional history," she added.

Robert Hathaway, Director of the Asia Programme at the Woodrow Wilson International Centre for Scholars, said. "Red Austin probably knew more about the Indian Constitution than most Indian jurists."

"He was an historian's historian."

"But he was also an entertaining storyteller, something of a character, and always, an Indiaphile, even during those times when India was not the flavour of the month in the United States," Hathaway added.

Austin and his wife Nancy's home on Capitol Hill earned a well-deserved reputation for cosy dinners and animated conversations with visiting Indian intellectuals and others who shared the Austins' passion for informed discussion about India's past, present, and future, Hathaway recalled. For Red, it was always a "better future."

"His death leaves a void in the hearts of all those who care about India and its great experiment with rule by the people," he added.

Walter Andersen, Director of the South Asia Programme at the School of Advanced International Studies at Johns Hopkins University, and an ex-State Department official for over 25 years, recalled, "For those of us who knew him well, Granville Austin was Red. I knew him for over four decades as a friend, a respected scholar and a colleague."

Austin earned the nickname 'Red' because he used to have a shock of red hair that turned white, but the name persisted.

"When my wife and I returned to the Washington, DC from India in the early 1990s," Andersen said, "he and his wife Nancy helped make the transition easier for the two of us. They have remained our close friends and we will miss him."

"For Thanksgiving, we were almost always guests at their home for an afternoon and evening of great conversation and equally great food."

"He and Nancy for the past 10 years had come to our annual SAIS South Asia dinners aimed at introducing our South Asia Studies students to people in the Washington, DC area that worked on India and the other South Asian States," Andersen said.

"Despite his deteriorating health these past few years," Andersen added, "he did not miss this event. He had a special skill in relating to students and explaining the intricacies of the Indian Constitution, a skill that he again demonstrated at lectures in my classes at SAIS."

"He would have made a great college teacher," Andersen felt. "He knew his material, had an easy conversational style and genuinely liked people."

"Red donated a part of his legal collection to our South Asia Studies centre at SAIS and we have catalogued those holdings for scholars who have come to use it -- and several of the most prominent scholars of India have done so."

"Red was a scholar who genuinely loved his subject -- India's legal system," Andersen said. "He had worked on the issue for half a century, spending considerable amounts of time doing field work. I was aware of the extent of his contacts by the periodic requests from Indian scholars to give them his contact details."

"His two books are still the standard works on the evolving contribution of India's Constitution to the country's political system. He saw this as a dynamic process and thus a subject of constant study and no one was more constant about keeping up on this than Red."

"It was not unusual for him to call me and chat about some development in India," Andersen recalled. "I am convinced that I was the major beneficiary of these conversations."

Andersen's wife, Mrinalini 'Minnie' Raghavan, who met her future husband while she was working at the US Information Agency in New Delhi and he was a political officer at the American embassy in India, said, "Red and Nancy are our dearest friends, and I knew Red as a person more than as an Indian scholar."

"He was a great skier, hailing as he did from Vermont and had spent time in Norway too. He and I first became jogging buddies in Lodhi Gardens when he was working on his book in the nineties. He had a great sense of humour and was a great storyteller. He will be missed."

"Red and Nancy, while they were in India, got friendly with Habib Tanvir and Monika Tanvir so they were very much into Indian folk theatre too. Their daughter, Hillary, who was in Chicago at that time and involved in theatre there, came on a visit and we all had a lovely time with Habib and his group."

"Also," added Minnie Andersen, "Red and Nancy were avid bird watchers. Red's dad was a very prominent figure in the US Navy, and he came from one of the most prominent New England families, long involved in US history."

"When Obama was elected President for the first time, he had invited his fellow students from Harvard for his inauguration. One was a lawyer from the Supreme Court in New Delhi, Surat Singh. When we casually mentioned that we knew Red, this lawyer insisted he had to meet him as he was his 'guru;," she recalled.

"We called Red and Nancy and they graciously invited us over for tea the same day and Red sat there patiently talking to the lawyer. He made the young lawyer's day, he could not get over the fact that such an important person had met with him at such short notice. Red was extremely unassuming and totally laid back about his fame, which is so unusual in cities like Washington, DC and New Delhi."

Former ambassadors Howard and Teresita C Schaffer, ex-career diplomats who had more than a 60 years combined working in and on South Asia, said, "We knew Red Austin well, both professionally and personally."

The couple pointed out that "Red was one of the last of the generation of American scholars on India who got their start during Nehru's India, and whose views really took shape in that period."

"He was certainly a well recognised scholar on India's Constitution, whose work was recognised both in the US and in India. Red remained involved with India long after he retired from regular academic work and we ran into him for many years at the India International Centre on his -- and our -- regular annual visits."

"His focus on the Constitution gave him an interesting perspective for observing the dramatic changes that took place in India over the years," the Schaffers said.

Meanwhile, Vikram Raghavan, a senior World Bank official, who was an informal mentee of Austin's and one of the most knowledgeable individuals about his mentor's Constitutional scholarship, declared, "He was a great friend and mentor to me."

Raghavan, who in his private capacity, is working on an account of how India became a Republic in 1950, reiterated, "He was indeed a great mentor to many scholars and researchers. He was charming, approachable, and very accessible."

"He had none of the hubris or arrogance one typically encounters with great authors or professors. He was also respectful and humble in his dealings with those much younger than or junior to him."

Austin was raised in Norwich, Vermont and received his bachelor's degree in American literature from Dartmouth College and then later earned a doctorate in Modern Indian History from Oxford.

In an earlier tribute in 2010, Vikram Raghavan noted how Austin's 'tryst with India began more than 50 years ago. His attempt at archival research was quickly stonewalled by unobliging bureaucrats. So, he wrote to Nehru, who reportedly interceded on his behalf.'

He recalled 'how to immerse himself fully in the project, Austin moved his family to New Delhi in the early 1960s. He travelled across the country interviewing surviving members of the Constituent Assembly, and reviewed thousands of documents, including several unpublished personal papers. He even managed to persuade President Rajendra Prasad to share his most valuable files on the Assembly's deliberations.'

Besides his wife, Austin is survived by four children and three grandchildren. 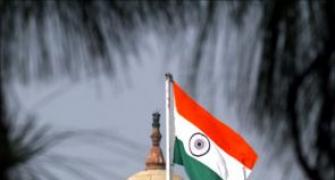 Sittings of constitution benches have become a rarity 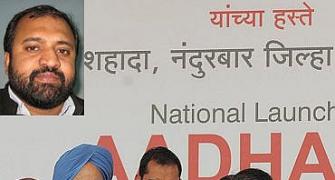 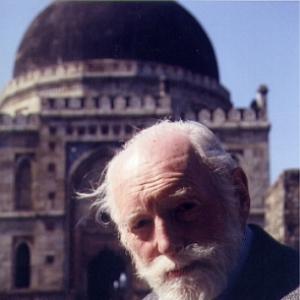 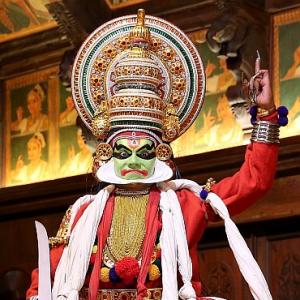 'The Constitution has to change ... states need more freedom'