India's single-day COVID-19 recoveries exceeded daily new infections successively for the last five weeks, while active cases are on a sustained decline and comprise only 6.19 per cent of the country's total caseload, the Union health ministry said on Friday. 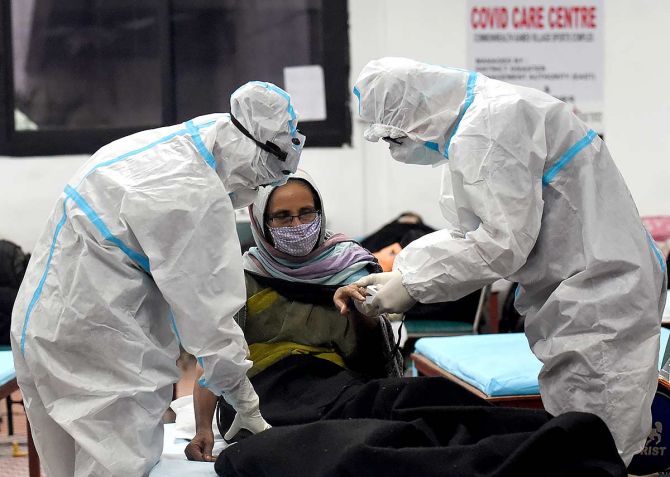 Less than 50,000 new cases of the coronavirus infection have been reported in the country in a span of 24 hours, whereas the daily new recoveries have exceeded 54,000.

There is a continuous decline in average daily new cases for the last five weeks.

According to data updated at 8 am, active cases are also on a sustained decline as a result of continuously rising recoveries.

A total of 54,157 COVID-19 patients have recovered and were discharged in a span of 24 hours as against 47,638 new infections being reported during the same period.

The national recovery rate has further improved to 92.32 per cent.

The ministry said that 80 per cent of the new recovered cases are observed to be concentrated in 10 states and union territories.

Maharashtra has contributed the maximum with more than 11,000 single day recoveries.

79 per cent of new cases are also from 10 states and union territories.

Besides, 670 case fatalities have been reported in a span of 24 hours.

Of these, 10 states and union territories account for nearly 86 per cent.

More than 38 per cent of new fatalities reported are from Maharashtra (256 deaths). Delhi follows with 66 new deaths.