Ready to meet with Ukraine, IAEA in a third country: Putin to Macron

Russian President Vladimir Putin told French President Emmanuel Macron over the phone on Sunday that he was not against a trilateral meeting among Russia, Ukraine and the International Atomic Energy Agency in a third country or via teleconference, but not in Chernobyl in Ukraine, the Kremlin said. 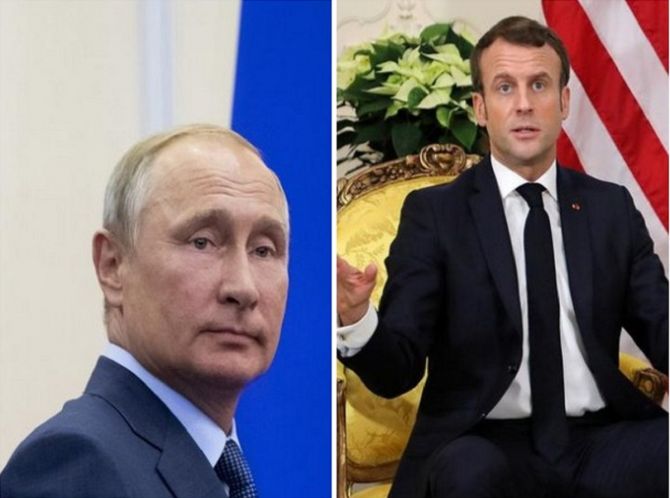 "Commenting on the proposal by the director-general of the International Atomic Energy Agency to hold a trilateral (IAEA-Russia-Ukraine) meeting in the Chernobyl zone to work out a mechanism for ensuring the safety of nuclear facilities in Ukraine, Vladimir Putin said that this idea could be useful in general, but it would be worth considering holding such a meeting via teleconference or in a third country," the statement read.

Putin also told his French counterpart that Kyiv does not comply with the agreements reached with Moscow on the evacuation of civilians from combat areas, the Kremlin said, reported Sputnik.

"They discussed the issue of evacuation of civilians from combat areas. Vladimir Putin drew [Macron's] attention to the fact that Kyiv is still not implementing the negotiated agreements on such a pressing humanitarian issue," the Kremlin said in a statement.

The recent clashes at the administrative buildings near the Zaporizhzhia Nuclear Power Plant could be a result of Ukraine storing documents on perspective developments of nuclear weapons there, a news report said citing Russian sources.

"Certain documentation was also available at the Zaporizhzhia NPP. Clashes with Ukrainian sabotage and reconnaissance groups in administrative buildings adjacent to the NPP were apparently related to this fact," the source reportedly told Sputnik, adding that Ukrainian authorities have partially destroyed and evacuated the majority of documents on the issue from Kyiv and Kharkiv to Lviv.

The Russian source also accused Ukraine of trying to conceal nuclear weapons program, saying that the Ukrainian authorities used the Chernobyl NPP for making a 'dirty bomb' and for the work on plutonium separation.

A 'dirty bomb' is a type of 'radiological dispersal device' that combines a conventional explosive, such as dynamite, with radioactive material according to the US Nuclear Regulatory Commission.

"According to the available information, the work on both the dirty bomb production and the plutonium extraction were conducted there. The elevated radiation background in the Chernobyl zone concealed such work," the source said.

He further accused Ukraine of destroying the evidence of its nuclear program saying, "In the realms of increasing tension in relations with Russia, the Ukrainian leadership decided to destroy all valuable documentation stored in the scientific centres in Kyiv and Kharkiv or evacuate it to Lviv Polytechnic National University."

The development comes a couple of days after clashes erupted between Russian and Ukrainian troops near the Zaporizhzhia NPP facility, followed by a Russian shelling near the nuclear facility which resulted in a fire in a training facility adjacent to the reactors.

Director-General of the IAEA Rafael Mariano Grossi in a press conference on Friday informed that the nuclear reactors in the facility were safe, and no radiation occurred.

"It is important to say that all the safety systems of the six reactors at the plant were not affected at all and that there has been no release of radioactive material ... importantly, in this regard, is the radiation monitoring systems ... are fully functional as well," Grossi said.

Earlier, IAEA had put its Incident and Emergency Centre in full 24X7 response mode due to the serious situation.

IAEA informed in a statement on Saturday that Ukraine has confirmed that two out of 6 reactors of Zaporizhhzhya NPP are working, and the radiation levels are normal.

"Ukraine's nuclear regulator told the IAEA today it had been able to maintain communications with staff at the Zaporizhzhya Nuclear Power Plant where two out of six reactors were now operating, a day after Russian forces took control of the site in the country's south-east," the statement by IAEA director-general read. 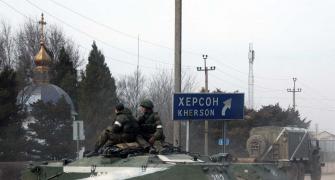 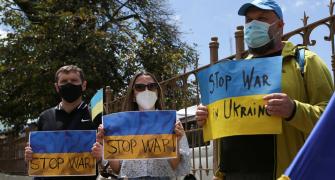 US 'in talks' with India over stand on Ukraine crisis 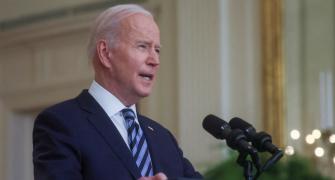 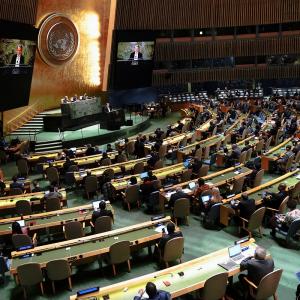