Pakistan Prime Minister Yusuf Raza Gilani's son Ali Musa has said he is ready to face trial in a case of alleged irregularities in the import of a large amount of the controlled drug Ephedrine.

Ali Musa cut short his honeymoon in South Africa and returned to Pakistan on Saturday after being named as an accused in the case by the Anti-Narcotics Force.

"I am waiting for the ANF call to appear before investigators to record my statement," he told a TV news channel.

"During my stay abroad, I heard baseless news that I had escaped and would not return to the country. However, I tried my best to return home so that I can appear before the Supreme Court and ANF to plead my case," he said.

Ali Musa said he was innocent and had nothing to do with the scam that occurred in 2010.

The Premier's younger son contended that there was no evidence against him.

"There is a single line in a report presented by the former director general of health in which my name is mentioned. On the basis of only that one line, can an innocent person be punished," he asked.

To a question about the investigation team probing the ephedrine case, Ali Musa said, "I have serious doubts over the composition of the committee. How could ANF officials, who had filed the petition against me, investigate the case"?

The Supreme Court is examining allegations about out-of-turn quotas for importing Ephedrine being granted to two pharmaceutical companies by the health ministry, allegedly under the influence of Ali Musa.

The scam surfaced last week when ANF officials told a three-judge bench headed by Chief Justice Iftikhar Chaudhry that the quotas for Ephedrine worth Rs 7 billion were given to two companies in Multan, which is the hometown of the Gilanis.

The quotas exceeded limits fixed by the International Narcotics Control Board.

The Premier has said his son has been framed in a baseless case. 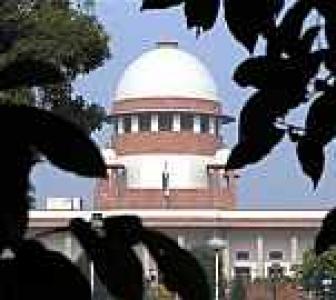