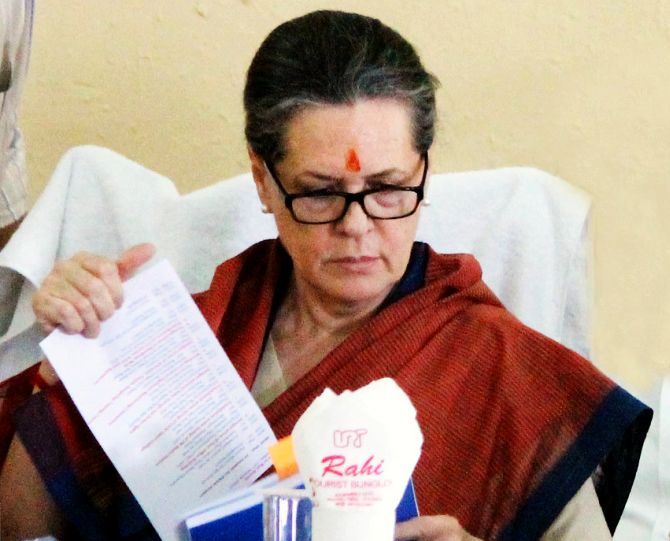 Having ensured the passage of the Telangana Bill, Congress president Sonia Gandhi’s main concern now is to see there is no tension in the state and that the decision is accepted amicably by the people of Seema-Andhra following reports of simmering anger in this region over the bifurcation of Andhra Pradesh.

Congress sources told rediff.com that Sonia has instructed all members of Parliament from Andhra Pradesh to return to their respective constituencies and to reach out to the people to spread the message of harmony and assure the people in Seema-Andhra that there will no discrimination against them.

She has specifically asked the Telangana members to refrain from making any provocative speeches and to keep their celebrations low-key.

When MPs Pannabakalakshmi from Seema-Andhra and Madhu Goud Yashki from Telangana told her that there was no misunderstanding between them now as they had buried the hatchet now, Sonia told them to ensure there was similar harmony between the people of the two regions on the ground level.

“It is okay to be friends here but you must reach out to people on the ground,” she is reported to have told them.

The Congress president, it is learnt, has acknowledged that the next big challenge before the party after the formation of the new state is to see that the division of Andhra Pradesh is as painless as possible and the people of Seema-Andhra do not feel aggrieved.

In this context, she has asked the Congress Andhra MPs to effectively communicate the special financial package and the tax incentives which have been promised to the residuary state of Andhra.

Sonia’s directions come in the backdrop of reports of a vertical divide between the people of the two regions which often results in ugly confrontations. The people of Seema-Andhra region, particularly those who are working and have business interests in the Telangana region, have been feeling insecure as there are fears they might be demands that they should move out of the new state.

It is precisely for this reason that Sonia insisted that the formation of Telangana is not welcomed with big celebrations.

The fears among the people of Seema-Andhra were fuelled by the initial statements made by the Telangana Rashtra Samithi of K Chandrasekhara Rao who declared that they would be asked to leave and that their jobs would be given to those hailing from Telangana. The TRS has since refrained from making any overtly provocative speeches after he was roundly criticised for his remarks but the damage had already been done.

Realising that the division of Andhra Pradesh has been a highly emotional issue for decades, the decision to go ahead with the formation of Telangana was easily one of the toughest decisions Sonia was called upon to take.

However, the Congress president was determined to go ahead with it and it was this determination which ensured that party leaders worked overtime to bring the Bharatiya Janata Party on board for the passage of the controversial Telangana Bill.

One of the reasons why the Congress president took the risk of bifurcating Andhra Pradesh was the BJP’s longstanding commitment to the formation of Telangana.’

She was aware that if the BJP came to power after the Lok Sabha elections, it would go ahead with the creation of the new state and the Congress would have to endorse this move. Sonia did not want this credit to go to the main opposition party.

Besides her desire to leave behind a legacy, Sonia’s determination was also driven by electoral reasons. Having been overtaken in the Seema-Andhra region by Jaganmohan Reddy’s YSR Congress and the Telugu Desam Party, the Congress could only hope to safeguard its turf in the Telangana region by dividing the state.

The Congress believes it has a fighting chance in the 17 Lok Sabha seats of Telangana if it ties up with the TRS. The TRS chief has, so far, maintained that he will only talk about alliances after the creation of Telangana.

Now that the Congress has crossed this hurdle, the next step is to being negotiations with the TRS for the coming Lok Sabha and assembly polls which are to be held simultaneously. The option is to go in for an alliance or alternatively, the TRS should merge with the Congress.

There is no clarity on this front as there is a section in the Congress, led by senior leader Ghulam Nabi Azad, which is of the firm view that the two parties should have an electoral tie-up as a merger will leave the opposition space for the BJP which has a 20 per cent vote share in the Telangana region.

On the flip side, if the two parties opt for an alliance, the Congress will have to deal with the TRS chief, who is not only a tough bargainer but is also reputed to be an undependable ally. There is possibility that the TRS could align itself with the BJP if it comes to power at the Centre although KCR insists that he will not ditch the Congress.

“One thing is clear, we have to help the Congress… after all, it has stood by us in our fight for Telangana,” he had told rediff.com two days ago.

While the TRS chief finds merit in Azad’s argument, KCR is keenly aware of the advantage of retaining his party’s distinct identity. Moreover, the Congress also comes with 10 years of anti-incumbency. 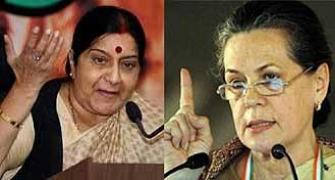 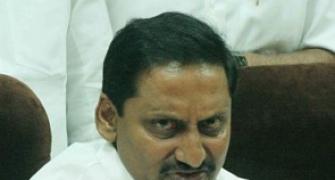 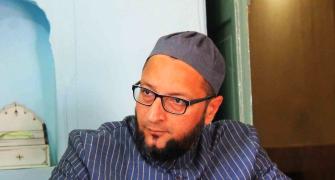 'The only political beneficiary of Telangana will be BJP' 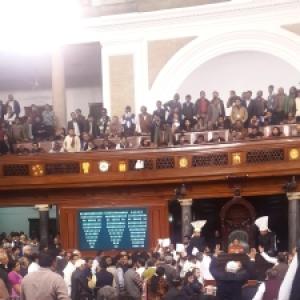 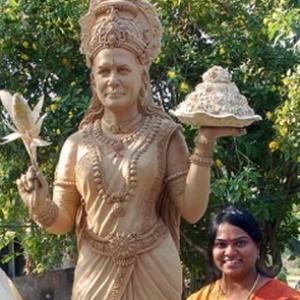