The Delhi Police has registered a case of rape and criminal intimidation against Congress president Sonia Gandhi's personal secretary P P Madhavan on a complaint by a 26-year-old woman, officials said on Monday. 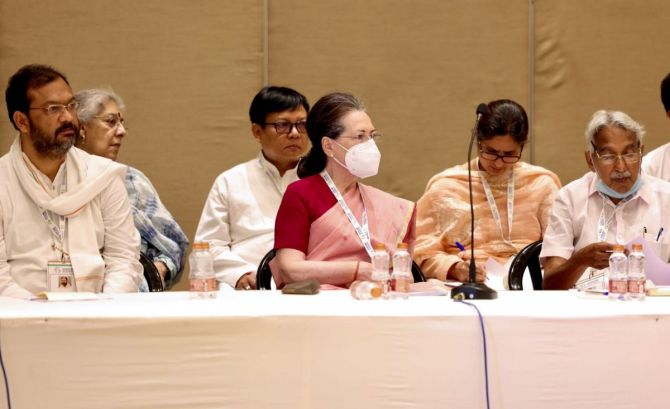 The woman alleged that the accused lured her on the pretext of providing her a job and had promised marriage, they said.

However, Madhavan has denied the allegations, saying that the 'false' charges are aimed at vilifying his image out of political vendetta.

'I have the evidence to demonstrate and establish that the complaint has been made in a pre-concerted manner in order to settle political vendetta and the present complaint is devoid of merits,' Madhavan said in a statement.

A police officer said the victim, who lives in Delhi, was allegedly raped and threatened of dire consequences by the accused if she reported the matter to police.

"A complaint was received at the Uttam Nagar police station on June 25. A case under sections 376 (rape) and 506 (criminal intimidation) of the Indian Penal Code has been registered. We are investigating the matter," said M Harsha Vardhan, Deputy Commissioner of Police (Dwarka).

He said the police were investigating the allegations levelled against a 71-year-old man who is working as a personal secretary to a senior political leader.

Though the DCP did not name the political leader, officials in the Delhi Police said the allegations were levelled against Madhavan.

According to the FIR, the woman, said that her financial condition was not good and she went to the Congress office where she got Madhavan's phone number.

'I told him I was in need of a job and he promised to help me. On January 21 (this year), he called me for an interview. He asked me many questions and viewed all my documents. He then told me that he wanted to marry me. I said yes. One day, he called me to meet him. He came to pick me up in a car and asked his driver to leave the car. He sexually assaulted me and tried to rape me. When I objected to this, he got angry and left me on the road alone,' the woman alleged in the FIR.

The woman's husband, who died in 2020, used to work at the Congress office, the officials said, adding that he used to affix hoardings.