Deputy Secretary of State William Burns has echoed under secretary of state for political affairs Wendy Sherman's belief that Indians and Americans should consider themselves fortunate and thankful to have a diplomat in the caliber of Nirupama Rao in Washington, DC.

Speaking at the Congressional Caucus on India and Indian Americans' reception for the Indian ambassador - two days after Sherman applauded her at the Senate India Caucus's reception Burns described Rao as 'an extraordinary diplomat and wonderful friend.'

'As Foreign Secretary, India's most senior career diplomat, Ambassador Rao helped shape every advance that we made on US-India relations in recent years,' he said. 'She has also taken on some of the toughest accounts in India's diplomacy, serving as Ambassador in Beijing, Colombo, and as Foreign Secretary, overseeing a ground-breaking thaw in relations between India and Pakistan.'

Burns, who was Rao's diplomatic counterpart till recently -- he was under secretary of state for political affairs and she was foreign secretary  --  said Rao's 'talents, as many of you know, are not confined to the diplomatic sphere - she is a published poet and an accomplished singer, equally well versed in Indian classical music and American jazz

(She) embodies, the intellect, the energy, and the creativity that are powering India's rise. Both India and the United States are very lucky to have her here.' Burns also thanked the House India Caucus for bringing 'our two countries even closer together.'

'It truly is a mark of the broad support that our relations with India enjoy that the House and Senate Caucuses are among the largest, if not the largest bipartisan Caucuses in Congress today,' he said.

'That support from across the political spectrum has helped drive the truly remarkable trajectory in US-India relations across the past decade.'
Aziz Haniffa in Washington, DC
Related News: Congressional Caucus on India, Wendy Sherman, Senate India Caucus, Rao, House
SHARE THIS STORY
Print this article 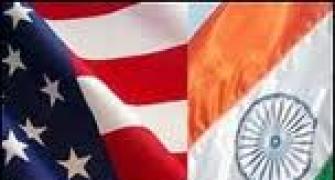 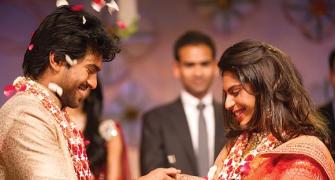 'India, US fortunate to have diplomat of Nirupama Rao's caliber'