Rana's friendship with Headley over: lawyer

David Headley, who was involved in the Mumbai terror attack, was a liar and ditched his school time pal Tahawwur Rana, the Pakistani-Canadian's attorney told a Chicago court on Tuesday, claiming that their friendship was over and they would never meet again.

Their "friendship is over. The two individuals will never communicate or see each other again, either in prison or outside," Rana's attorney Patrick W Blegen told a Chicago court, ahead of his scheduled sentencing on January 17.

Found guilty of providing material support to Lashkar-e-Tayiba and plotting terrorist attack on a Danish newspaper, 52-year-old Rana now faces a maximum of 30 years of imprisonment.

"But for his friendship with David Headley, Rana would never have been so much as suspected of involvement in any sort of violent activity, let alone face sentencing following a conviction for providing material support," Blegan wrote to the court as he sought lenient sentencing for his client.

"Through cross-examination he (Headley) was exposed as a liar, a thief, and a master manipulator. It became readily apparent during his testimony that he lied to, manipulated, and hid information from his family, including his two wives, multiple branches of the United States government, terrorist organizations, the Pakistani ISI, and Rana," he said.

Rana did not become Headley's friend because the two met as adults and found that they had common interests.

Rather, the two met as boys at the Hasan Abdal Cadet College in Pakistan, a strict, high level boarding school where boys from different backgrounds were thrown together.

Headley was gregarious, funny, and often in trouble. Rana was studious and followed the rules. Nevertheless, the two formed a bond based on separation from their families and the sharing of a common dialect, Blegan said.

Given that Rana has never been involved with anything criminal before, and that he was never directly involved with the terrorist groups here, or even supportive of terrorist beliefs, the risk that Rana will ever be involved in criminal behaviour in the future is non-existent, Blegan argued.

"Quite simply, had Headley and Rana never attended the same boyhood school, Rana would not be before this court today. While this does not excuse his convictions, it does make clear that a lengthy term of incarceration is unnecessary," Blegan said, adding Rana's continued friendship and loyalty to Headley ultimately led to his downfall.

Through his attorney, Rana also questioned the US government's decision not to arrest the two wives of Headley, his brother and uncle.

"To this day, Shazia Gilani has not been arrested or charged with any provision of material support. Nor have Headley's brother or uncle been charged," he said.

Referring to the court proceedings and the federal grand jury trial in 2011, Blegan said that there was substantial testimony at trial that Headley's own wife, Shazia, was aware of his involvement in the Mumbai attack and the Denmark plot, she congratulated him as the attacks in Mumbai were occurring, she assisted him in arranging travel with regard to the Denmark plot and she was proud of her husband's actions.

In order to avoid an unwarranted sentencing disparity between Rana and other individuals who have been involved in such crimes, the court should be lenient while deciding on his sentencing, he noted.

"In comparison to those other necessary roles, as well was the activities carried out by the co-defendants to the attack, Rana's provision of business cards, booking travel on one occasion, and responding to a single email is as minimal a role as one could imagine," Blegan said.

Defending his client, Blegan in his 48-page submission said Rana just provided a business card to Headley, sent an email purporting to be Headley, and arranged travel for him.

"He had no plans to personally wage jihad, never discussed harming Americans or American soldiers, and as the evidence showed, was kept almost largely about the nature of the Jyllands-Posten plot, unaware of even its code name," he said.

"Rana's limited involvement, and complete unawareness of even the code name for the project demonstrate a significant lack of knowledge or understanding of the scope and structure of the enterprise and the activities of others. Furthermore, Rana is easily the least culpable of all the members of the plot, including even uncharged co-conspirators such as Headley's two wives, Shazia and Faiza, his uncle Saulat, and his brother Hamza," he said.

In the footnote, Blegan writes that testimony elicited at trial showed that Shazia was aware not only of the Denmark plot, but she had prior knowledge of Headley's involvement in the Mumbai attack and even sent him congratulatory emails in code as the attack occurred.

"Headley's second wife Faiza traveled to Mumbai with Headley, was aware of the plan in Denmark, and allowed Headley to attempt to enlist one of her brothers to help obtain guns for use in the Denmark plot," he argued.

"Headley's uncle, Saulat, actually traveled to the tribal areas of Pakistan to retrieve messages from Ilyas Kashmiri for Headley. Hamza was involved in other criminal activity with Headley, including a planned kidnapping. Hamza also facilitated communication between Pasha and Headley and was given one of the souvenir hats by Headley," Blegan argued.

"Given his comparative lack of knowledge, and limited involvement, Rana is clearly among the least culpable," he said. 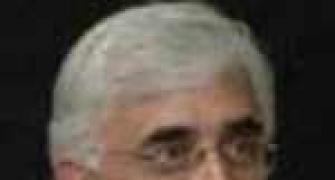 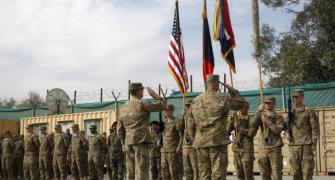