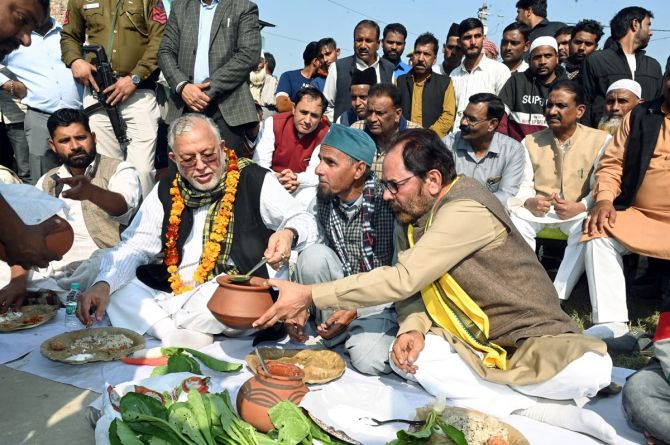 According to poll observers, there are about 3.88 lakh voters in Rampur assembly constituency and of them, about 2.27 lakh, about 60 per cent, are Muslims.

The ruling BJP is holding conferences at various places in the state to reach out to Pasmanda Muslims who have benefited from government schemes like free ration during the coronavirus pandemic and housing for the poor.

Considered the "Muslim face" of SP, Azam Khan had won from Rampur assembly constituency for the tenth time in the state polls held early this year. The by-election is being held for the seat due to Khan's disqualification after he was sentenced to three years in a hate speech case.

Minister of state for minorities welfare Danish Azad Ansari, the only Muslim minister in the current Uttar Pradesh government, alleged that Khan, despite being in power for long, did not do anything for the community members to improve their standard of living.

Ansari, who comes from the Pasmanda community, is camping in Rampur these days and visiting Muslim-dominated areas and appealing to residents to vote for the BJP.

While talking to PTI, he alleged that Khan only served his own interests while using his community as a vote bank "but now this spell has been broken".

"Pasmanda Muslims have come to know that their welfare is happening only under the BJP government. Pasmanda Muslims are the beneficiary class of the government schemes and they are getting maximum benefits from the schemes without any discrimination.

"Gradually, trust in the BJP is increasing in their mind. This time, the BJP will witness success in Rampur with the help of Pasmanda Muslims," he said.

The BJP organised a Pasmanda convention in Rampur on November 12. The party has also deployed former Rampur MP Mukhtar Abbas Naqvi to reach out to Muslim voters.

Naqvi has been organising 'Khichdi Panchayat' in areas dominated by Pasmanda Muslims where villagers are being served 'khichdi' to rally voters.

However, Anjum Ali, the national general secretary of Pasmanda Muslim Samaj, does not foresee any major tectonic shift.

He said there is a section that is upset with Azam and it might favour the BJP. "It does not seem that there will be any significant upheaval," he said.

State president of All India Pasmanda Muslim Mahaz Wasim Raini alleged that Khan had adopted a "Nawab-like attitude" towards the backward community.

"Azam Khan did not do any concrete work for the welfare of Pasmanda Muslims, despite being the most powerful Muslim leader of the SP which has been in power in the state four times due to the Muslim-Yadav equation," he said.

"Muslims generally do not vote for the BJP, yet it has given proper rights to Pasmanda Muslims not only in the government but also in various commissions and institutions. It is natural that we will support the one who gives us the right," he said.

Political observer Fazal Shah Fazal, who has a deep understanding of the politics of Rampur, said that Khan worked to "polarise" the Pasmanda Muslims of Rampur as BSP founder Kanshiram and Mayawati had done.

"After this exercise, Azam Khan's hold among the Muslim voters of Rampur made him reach the assembly 10 times," he said.

He said that while it is true that the beneficiary class overwhelmingly voted for the BJP in the last assembly elections, the elections in Rampur are mostly based on personality.

"In such a situation, only time will tell how much it will benefit the BJP. Pasmanda Muslims kept seeing their messiah in Khan but their situation did not change much. But still, seeing Khan's personality, this section stayed with him," Fazal said.

He said Khan got sympathy votes in the 2022 assembly polls, but it's doubtful if it would remain work in the bypolls too though he has been speaking about the alleged injustice meted out to him under the BJP government.

Khan, who is facing over 80 cases including cheating and land-grabbing, was released on bail in May after 27 months.

Khan's close aide Asim Raza, who was defeated in the parliamentary bye-election five months ago, has been fielded by SP from the assembly seat.

Khan's known detractor Akash Saxena is the BJP nominee in the by-election. Rampur poll without Azam kin for 1st time in 45 yrs 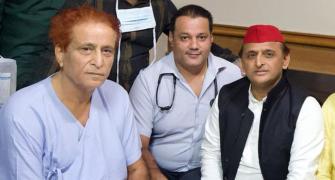 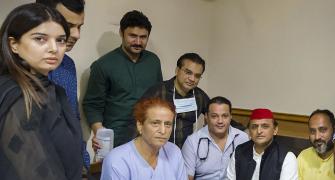 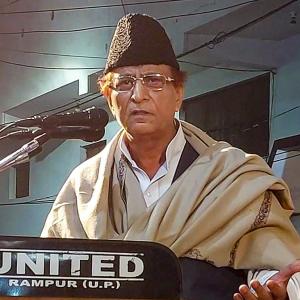