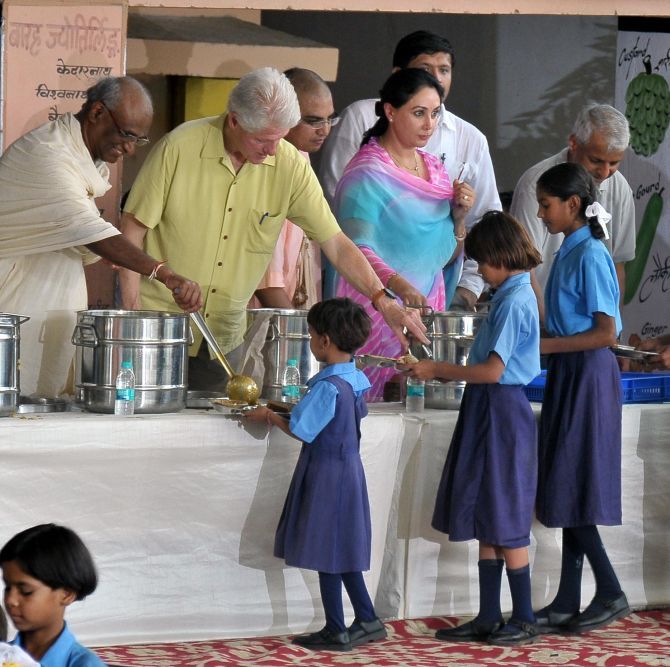 Former United States President Bill Clinton on Wednesday visited the kitchen run by an NGO which provides food to a large number of children at government schools as part of the mid-day meal scheme.

Clinton and his delegation were warmly received by the members of the NGO 'Akshya Patra' at their kitchen at Jagatpura area in Jaipur and later given a demonstration on how the food was prepared for thousands of school students.

He later visited a government school and interacted with the students, who gave a cultural presentation to welcome him.

Clinton and his delegation, who arrived in Jaipur on Monday night, also served food to the school children.

Image: Former US President Bill Clinton at an event organised by Akshay Patra on Wednesday